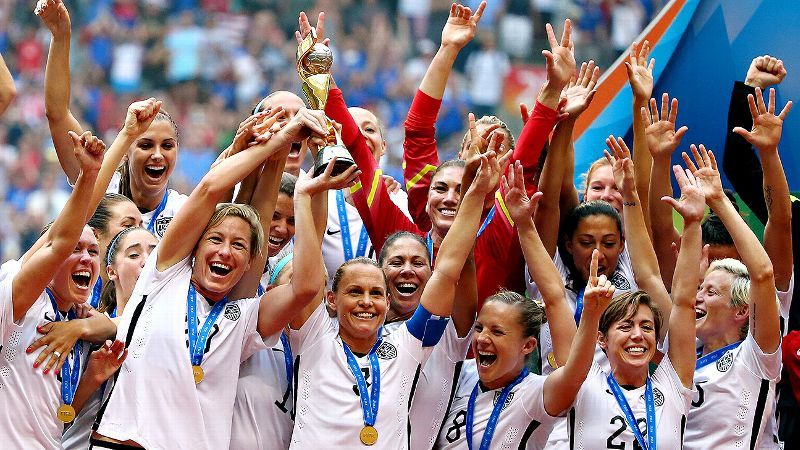 The US women’s national team after winning the 2015 World Cup. (Photo courtesy of ESPN.com.)

Adidas announced they will pay their female World Cup champions the same performance bonus they pay their male champions.

“We believe in inspiring and enabling the next generation of female athletes, creators and leaders through breaking barriers,” Eric Liedtke, Adidas’ head of global brands, said in a statement about the bonuses. “Today we are announcing that all Adidas athletes on the winning 2019 FIFA Women’s World Cup team will receive the same performance bonus payout as their male peers.”

It is unclear how much the bonuses are worth.

FIFA’s prize pool money remains the same. The men’s tournament gets $400 million for 32 teams and the women get $30 million for 24 teams.

For playing exhibition games, the U.S. women’s national team still makes less than half the amount their male counterparts earn, despite dominating the international stage for the past couple decades. The women won the World Cup in 1991, 1999 and 2015. Within that span, they’ve never done worse than third. The men’s team has never won the tournament and did not qualify for the World Cup in 2018.