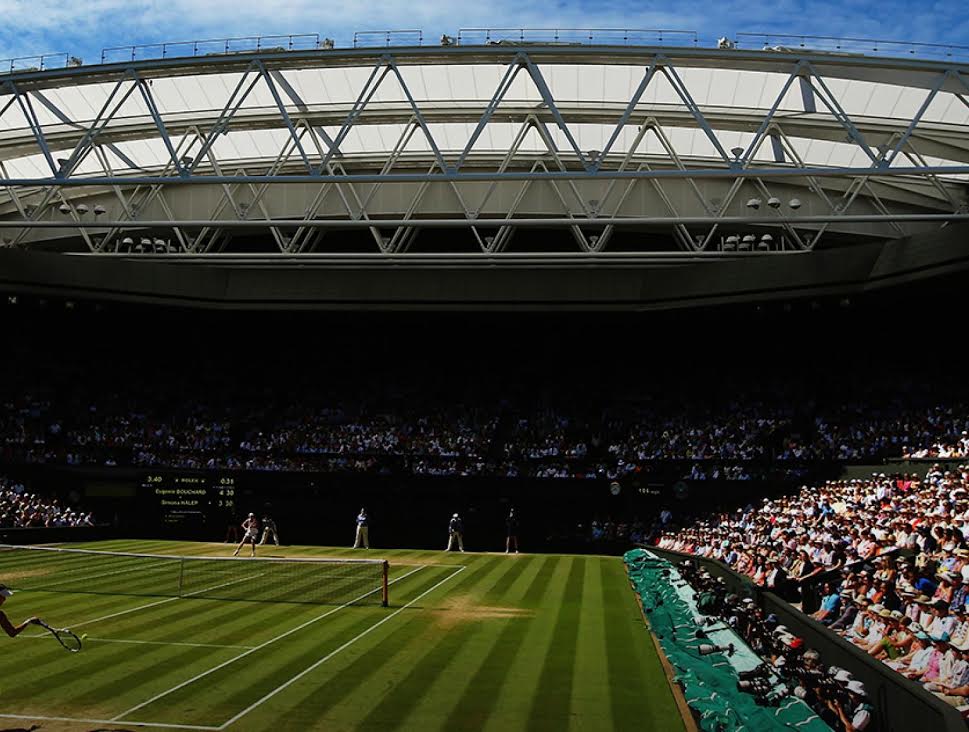 With two different winners the WTA is sticking to the script of any player being able to win on any given week. After winning in Paris Ashleigh Barty continued to play well and climbed past Naomi Osaka to claim the top ranking into Wimbledon.

The grass courts favour those with strong serve and return games due to the short nature of points. They also benefit those with the power to hit an opening and who end a point before their opponent can do the same. With how short the grass court season is, most players play, at most, two tournaments in preparation. It’s hard to truly determine which players will rise or fall.

I will break the bracket down by sections looking at any favourites, sleepers and potential underdogs that are waiting to strike.

Barty won her only tune-up with a win over Julia Gorges in Birmingham to vault her above Osaka. Catching no breaks, a second-round match against four-time Wimbledon quarterfinalist Svetlana Kuznetsova, could be the warmup for world No. 27 Gabrine Muguruza, the woman who knocked out Kuznetsova on her way to winning here in 2017.

A key first-round match between 13th ranked Belinda Bencic and Australian Open quarterfinalist Anastasia Pavlyuchenkova should determine the other side of this section. Bencic has typically done well on grass, in a small sample size early in her career. Pavlyuchenkova pulled off a run in the Australian Open, which saw her beat Kiki Bertens and Sloane Stephens. She also has a 2017 appearance here that saw her reach the last eight.

Whoever survives that part will face the winner of a section that includes former champions Serena Williams, defending champion Angelique Kerber, Maria Sharapova, as well as Gorges. Williams is still on the hunt for her record-tying 24th Grand Slam win, but faces an easy path to third round where she will most likely face Gorges as the two of them have five qualifiers in their minor section.

Kerber and Sharapova have faced off many times over the years. With Kerber dealing with minor injuries and Sharapova at her favourite slam, a third-round match between them could go either way. Overall anybody who survives this quarter of the draw should either be the favourite or exhausted from the fight.

The third section of the draw features a group of players in or entering their prime who could use a strong run to further their push to be near the top. An illness forced Bertens to retire in France, but a finals appearance and semi-final loss to Karolina Pliskova show that she is still in solid form and looking to improve on her quarterfinal loss to Gorges at this tournament last year. The next best player is only 23 but on a streak of six straight Grand Slams where she has reached the third round.

After a breakout 2018 Australian Open where she made the semis, Elise Mertens is still looking to make deep runs to cement her status as an up and comer. The oldest of the group of contenders here is 27-year old Wang Qiang who has risen to 15th in the rankings after making four WTA finals last year. But she has never made it past the second round at Wimbledon. With every passing major, Eugenie Bouchard becomes more of a story for her one outstanding year where she made three Grand Slam semis, including a loss in the finals at Wimbledon.

The fourth section of the draw is reliant on the seeded players to provide entertainment. There’s Sloane Stephens, who somehow managed to draw Timea Bacsinszky, a former top 10 player two years ago who struggled in 2018 after wrist surgery. Johanna Konta should be feeling great back at home after a semi-final run in Paris along with memories from making the semis at Wimbledon in 2017.

At only 17 Amanda Anisimova should still be worrying about junior play and maybe playing the occasional WTA event, not protecting her career-high ranking of 26. Anisimova is becoming comfortable in the second week of majors this year having made the fourth round in Australia and semis in France. After defeating eleventh Aryna Sabalenka in both tournaments as well as Simona Halep on clay Anisimova should have no fears, except for maybe Petra Kvitova who will be playing for a chance at the top seed. Kvitova defeated Anisimova on her way to the finals in Australia. Kvitova is also a two-time defending champion and might be the favourite along with Bertens and Anisimova.

With so many top players grouped together in the top half the other half is wide open for players such as Osaka, Karolina Pliskova, Elina Svitolina, Caroline Wozniacki, Sabalenka, Madison Keys, Marketa Vondrousova, Hsieh Su-wei, Sofia Kenin, Victoria Azarenka or Venus Williams. Yeah listing all those is a subtle reminder that in the WTA Tour anything can happen.

Svitolina is still only 24 but is already headlining her own section of the draw. Maria Sakkari is one of those players who has yet to have a true breakout moment, but at 23 and having been around the top for two years she could be due for one at a any moment. Anastasija Sevastova has quietly put up consecutive fourth round appearances at the Grand Slams this year. She could be looking at a deep run along with Danielle Collins who was two wins away in Australia from glory and has won 40 per cent of her games against top 10 players.

The other half of the third quarter features a young star and a star who has struggled relatively in England, along with a veteran who has never had her moment. Pliskova is fighting for the top ranking but has never been past the fourth round at Wimbledon after reaching the semis in all the other majors. Vondrousova is coming off a sensational run to the finals at Roland Garros as a teenager, the first one to make any major final since Caroline Wozniacki at the 2009 US Open. At the age of 33 Su-wei has surprisingly been putting up career best results the last two years and is close to her career-high ranking of 23, achieved back in 2013. Su-wei’s best performances have come at low-level events but she could pull some surprises in a slightly weaker draw.

The seventh bracket may be the most diverse bracket with players at so many different stages of their career all contending. The front runner here is Sabalenka. She is only 21 and is rising star but has struggled completely in majors with a 7-7 record which she needs to improve on. Her main competition should be coming from Simona Halep, who should be motivated after falling short in France. After struggling in recent years Azarenka has dropped in the rankings and struggled at majors. No quarter-final appearances since the 2016 Australian Open but someone with her skill is always dangerous especially since she’s only 29.

Another young player in this section with something to prove is Daria Kasatkina, who has struggled throughout the year and failed to string wins together at any stage. The opposite end of those two is Williams, who at the age of 39 is looking to make one final run at Wimbledon to put a cap on her career.

The final section features the player who was on top until Barty showed up and took away the spotlight. Osaka may get a chance to work on her game with less of a spotlight, which is exactly what the youngster could need. A year younger than Osaka, who is only 21, is Kenin who is coming off a career-best fourth round exit in Paris. Kenin won the Mallorca Open last weekend by beating Bencic in the finals along with Sevastova and Mertens along the way.

An even younger star in the section is 18-year old Dayana Yastremska, who has won three WTA titles in the last 12 months on her way to a ranking of 35, although her only two major tournament wins came at this year’s Australian Open. Somehow a veteran in comparison only to this group is 29-year old Caroline Wozniacki, who is still looking for her first quarterfinal appearance at Wimbledon and should be looking forward to her chances at ending that streak.

Wimbledon is the most traditional major of the four. Being played on grass, such a minor surface in today’s game, makes it feel even more important, so expect everybody to give it their all with time to rest before the US Open at the end of August.