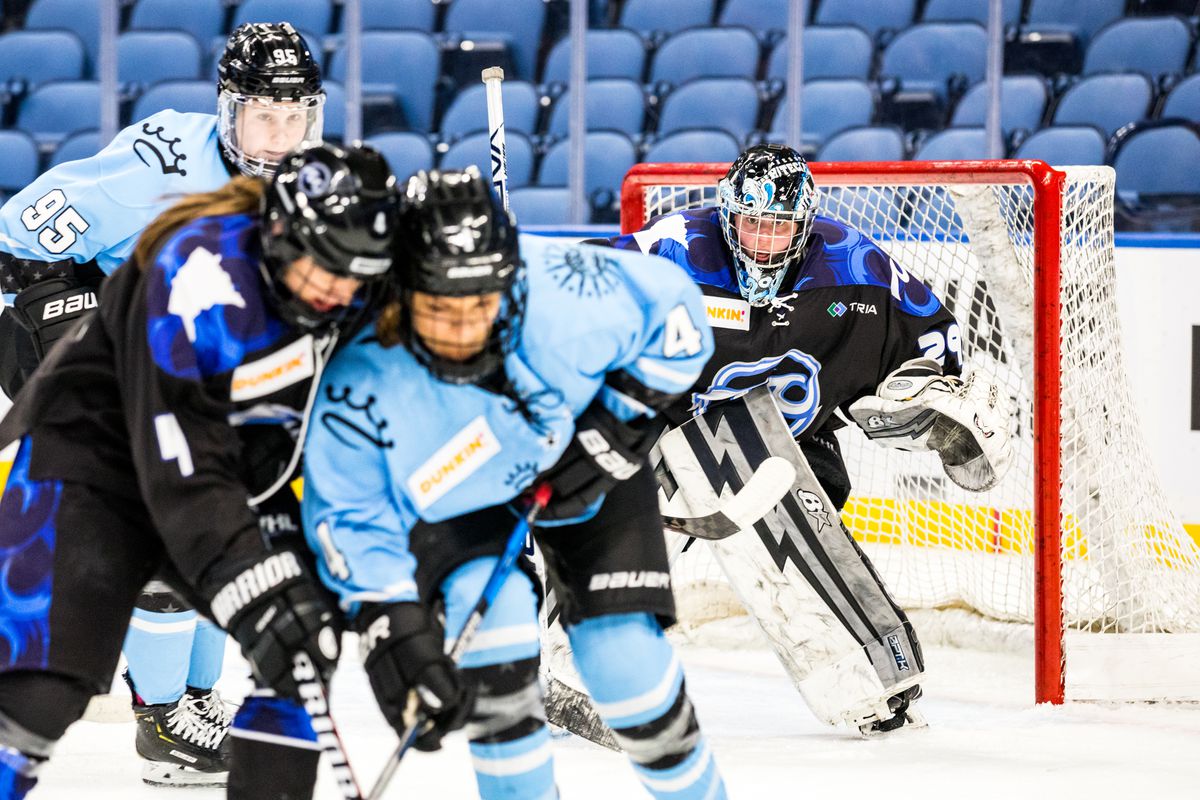 Photo courtesy of The Ice Garden.

This past weekend, the Buffalo Beauts hosted the Minnesota Whitecaps for a pair of weekend games. On Saturday, Buffalo overcame a 3-0 deficit, winning by a final score of 4-3 to overthrow the team that defeated them in the Isobel Cup final last year. As for Sunday’s matchup, the Whitecaps nearly fumbled another multi-goal lead but managed to hang on and win the game 5-3.

Minnesota dominated for 40 minutes in the first game, outshooting the Beauts 35-14. Two goals from Allie Thunstrom, including one power play tally, helped the Whitecaps carry a 2-0 advantage into the third period. Jonna Curtis scored her sixth goal of the season, extending Minnesota’s lead to 3-0 early in the final frame.

However, Buffalo exploded with four goals in less than 10 minutes. Taylor Accursi scored a hat trick and picked up the game-winning goal, while Erin Gehen scored on the power play to get the Beauts to within one on the scoreboard. Beauts goalie Mariah Fujimagari stopped 39 of 42 shots in the team’s comeback victory.

Similar to game one, the Whitecaps jumped out to an early lead in game two. With goals from Lauren Barnes and Meghan Lorence, as well as a pair from Nicole Schammel, Minnesota pulled ahead 4-0 less than 11 minutes into the game. Before the opening period ended, Megan Delay scored to get Buffalo on the board.

Accursi had another impressive performance, scoring two goals to get the Beauts to within one less than a minute into the third period. Late in the final frame, Lorence picked up her second of the game to give the Whitecaps some insurance. Despite a sense of déjà vu, Minnesota snagged the all-important two points.

Other NWHL action from the weekend featured the Boston Pride facing off against the Connecticut Whale. The Pride continued their dominance, winning the game 8-0 and maintaining a perfect record of 9-0-0. Boston goalie Victoria Hanson was credited with a 19-save shutout, while Mary Parker scored three goals in the team’s win.

The Beauts are back in action on Saturday against the Whale, while the Pride have a meeting with the Metropolitan Riveters. Sunday’s schedule includes the Riveters travelling to Connecticut for their second road game within two days. The Whitecaps will resume play against the Riveters for a pair of games on Dec. 14 and 15.