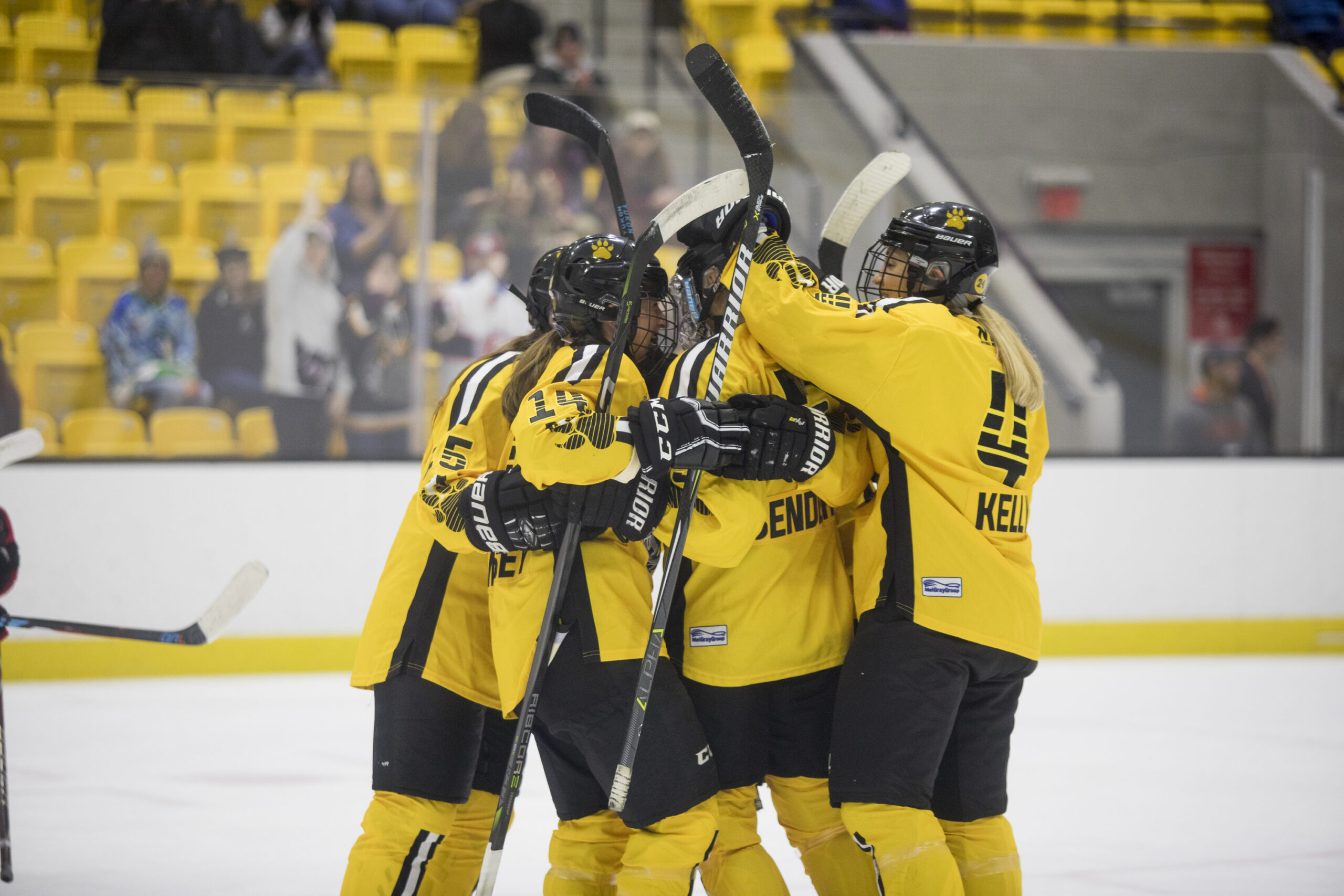 Photo courtesy of The Boston Globe.

Heading into the 2017 Isobel Cup Final, the Boston Pride held a 16-0 record and were heavy favourites. A 3-2 loss against the Buffalo Beauts spoiled Boston’s year and their attempt of a perfect season. In game 17 of the Pride’s 2019-20 campaign, they defeated the Beauts and became the first team to win 17 consecutive games in NWHL history.

It happened this past weekend in a pair of games between Boston and Buffalo, where the Pride outscored the Beauts with a combined score of 12-4. During Saturday’s game, Boston prevailed by a final score of 5-2. As for Sunday, the Beauts dropped their sixth straight game, losing 7-2 and watching the Pride set their historic 17-0 record in the process.

In game one, Carlee Toews and Lauren Kelly each scored to give Boston a 2-0 edge by the end of the opening frame. Erin Gehen’s second-period goal got Buffalo back to within one, but Tori Sullivan helped regain the Pride’s two-goal lead before the intermission. Goals from Jillian Dempsey and Lexi Bender secured the victory for Boston, while Marie-Jo Pelletier added one for Buffalo in the third period.

The start of game two looked promising for the Beauts, Gehen and Pelletier each scored to give them a 2-0 lead with nine minutes left in the first period. However, Sullivan, Kelly and Toews added a trio of goals to give the Pride a 3-2 lead heading into the second period. Sullivan picked up her second of the game, while Emily Fluke, Briana Mastel and Mallory Souliotis each scored in Boston’s convincing win.

Other action from the NWHL’s first weekend of 2020 saw the Minnesota Whitecaps split a pair games with the Metropolitan Riveters. On Saturday, Meaghan Pezon and Sydney Baldwin were the only goal scorers in the Whitecaps’ 2-0 victory over the Riveters. Whitecaps goalie Amanda Leveille stopped all 34 shots that came her way, earning the game’s first star honours.

On Sunday, Meghan Lorence opened the scoring for Minnesota in the second period, but Kate Leary quickly responded with a goal for the Riveters. In the early stages of the final frame, Colleen Murphy scored to give the Riveters a 2-1 lead. Madison Packer added an empty-net goal, finalizing a 3-1 win for the Riveters. Metropolitan goalie Sam Walther stopped 60 out of 61 shots in an incredible performance.

The Riveters are back in action this Saturday, facing off against the Connecticut Whale. Buffalo and Minnesota will meet for a pair of games this upcoming weekend, while the Pride will look to maintain their undefeated season against the Whale on Sunday.