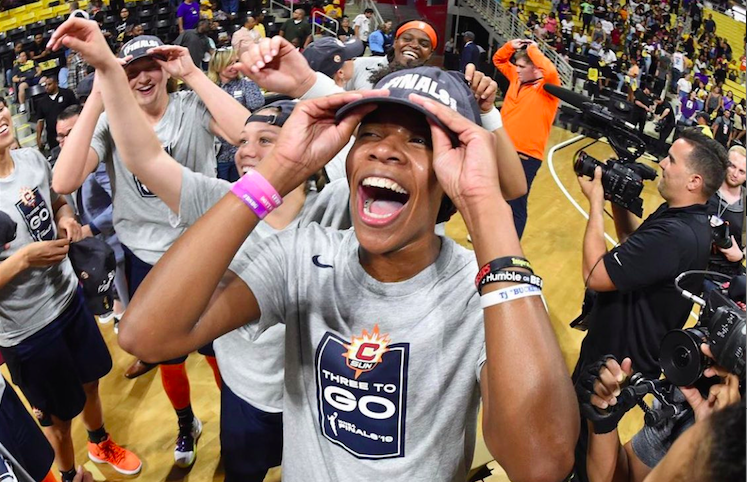 The 78-56 win on Sunday advanced the Sun to the finals for the first time since 2005, where they will play either Washington Mystics or Las Vegas Aces. The Mystics have a 2-1 lead over the Aces, who won 72-95 on Sunday.

“[The Sun are] a team that fits together, and I think you’re seeing stars blossom in this playoff series,” said Connecticut Head Coach Curt Miller. “The light is shining on these guys who probably don’t get enough credit. It’s a very versatile team and we can win in different ways, and that’s what’s been fun to watch.”

Jasmine Thomas led the Sun with a personal record of 29 points and Courtney Williams, who scored Connecticut’s first seven points, tallied 17 points and a career-high of 13 rebounds. Nneka Ogunmike recorded 17 points for the Sparks.

“We’re feeling real good right now,” said Thomas. “This was a goal of ours, to be in this position and take advantage of having home court.”

In the first half the Sun shot 43.8 per cent while the Sparks shot 34.9 per cent, sinking just one of 13 three-pointers. Both teams had just one offensive rebound in the first quarter, but the Sun led the rebounds 35-23 by the end of the third quarter.