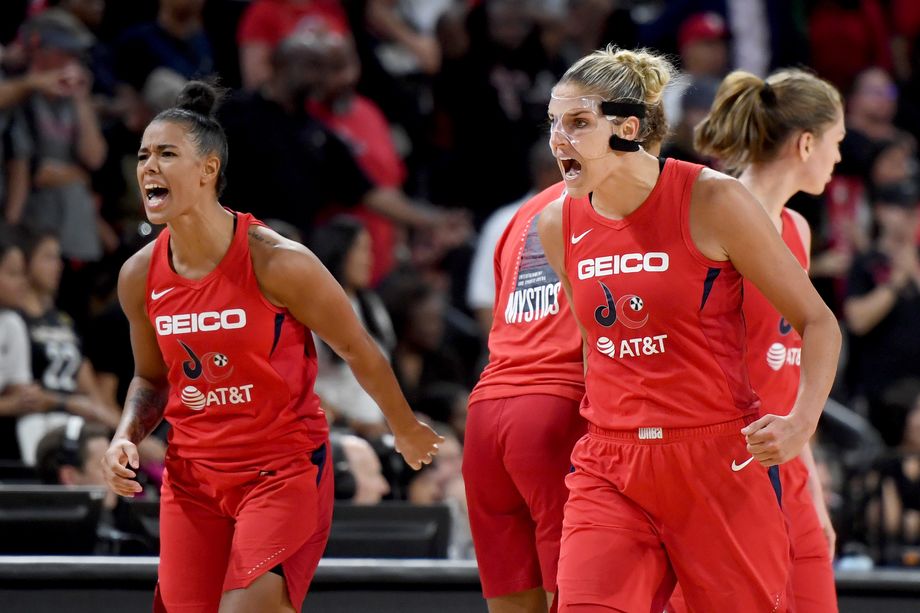 The Washington Mystics won the WNBA finals for the first time in franchise history on Thursday. (Photo by Ethan Miller/Getty Images.)

WASHINGTON — Rebounding, pace and depth. Those three factors are what decided the WNBA finals as Washington won their first title in franchise history with an 89-78 victory over the Connecticut Sun on Thursday. The Mystics were led by league MVP Elena Delle Donne, who helped them win the first and final games of the best-of-five series with brilliant performances.

Supporting the star was a deep class of players including the only addition the Mystics made to a team that lost in the finals last year. Emma Meesseman, who shot 22 points in Game 5, missed last season to be with the Belgium national team, but her shooting and size wreaked havoc on Connecticut’s defence. Meesseman, who was named finals MVP, shot 65 per cent to score 43 points on 26 shots in games three and five, both wins. With six 20+ point performances in nine playoff games Meesseman cemented herself as a potential future star at only 26 years old.

Veterans Kristi Tolliver and Natasha Cloud ran the points for Washington. The pair were key with clutch threes, such as Cloud’s long-range shot to tie it at 70-70 early in the fourth quarter of Game 5. Holding Courtney Williams to 16-46 shooting, including 0-5 three, over the final three games of the series helped keep Connecticut’s offence out of sync.

For Washington they were able to keep Alyssa Thomas and Jonquel Jones in check during the finals, thanks to the effort of Aerial Powers and Ariel Atkins. The relentless work the two put in throughout the series with guarding Thomas and helping on Jones allowed the Mystics to hold their own, regardless of the size disadvantages. Atkins in her second season and Powers in her fourth provided the energy throughout the game that Connecticut couldn’t match due to a lack of depth.

Although Jones and Thomas played well, fatigue appeared to set in by the fifth game as they ran into a bit of foul trouble. Thomas played all but 30 seconds in the first four games before sitting for a whopping 3:02 due to early fouls in Game 5. Other than 20 minutes each in Games 2 and 3 from Bria Holmes, the Sun couldn’t get much from their bench while the Mystics had Meesseman and Powers averaging 25 and 15 minutes, respectively, per game.

Washington was the best team throughout the year and proved over both Las Vegas and Connecticut in the playoffs. Against the Aces they had to play against a physical defensive team with top stars. Meanwhile, the Sun were arguably the second deepest team in the league in terms of weapons and chemistry, yet Washington topped both.