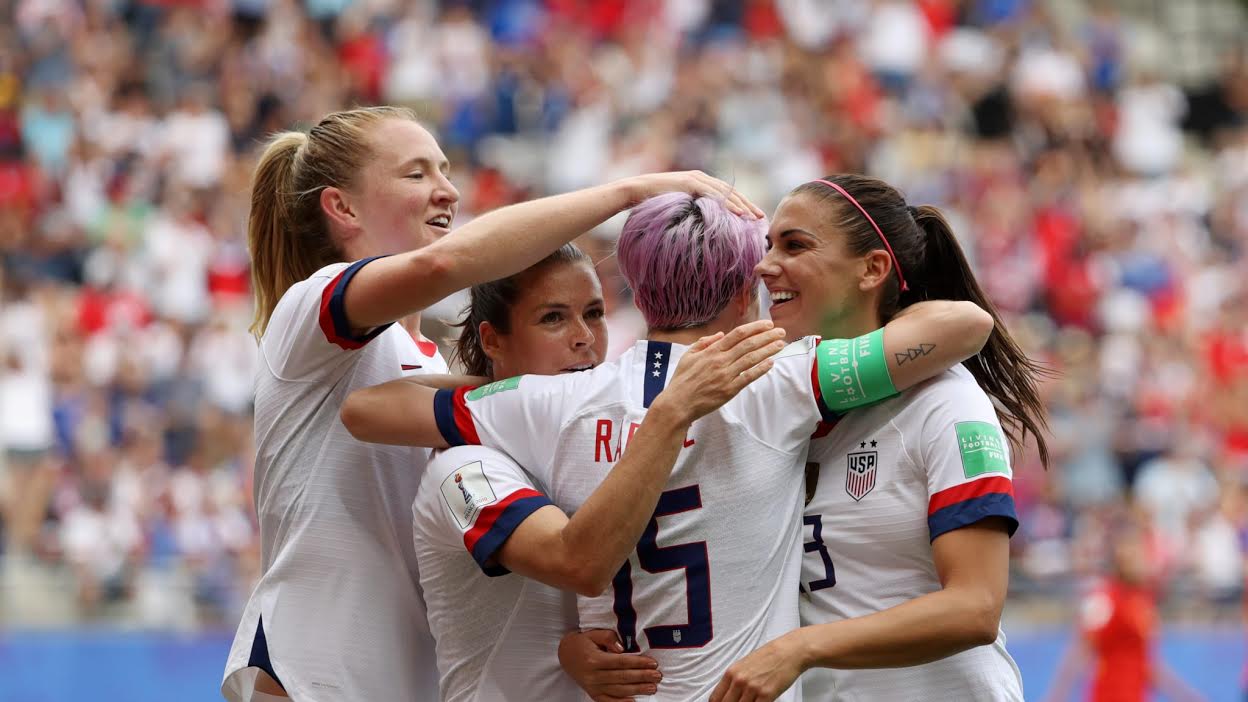 This year’s World Cup favourites, the USA, have had a lot to celebrate so far but are preparing for their stiffest test yet against France in the quarterfinal. (Photo courtesy of FIFA.com.)

Seven of the remaining eight teams are European, yet the favourites are still the United States. The quarterfinals have a bit of everything, with a star-studded matchup, defensive-minded teams squaring off, a future power versus an old power, and two teams with a combined four wins in previous World Cups.

The quarterfinal stage is nothing new for either of these teams, having reached it nine out of 14 times combined. The difference is that Norway have reached the semis in four of the first five World Cups. Conversely England are hoping to make their second consecutive semi after never reaching one before 2015.

These two teams arrived in the quarters in very different ways. England coasted to a 3-0 win over Cameroon. Norway, on the other hand, needed more that 90 minutes to discard of Australia, beating them on penalties.

The depth of England’s squad should be too much for the Norwegian defence to handle. Furthermore, England’s solid defence has seen them concede only one goal.

With the two favourites facing off, this match should probably be the final. The United States started with two easy wins before facing Sweden in a game that lost all value once Sweden rotated their roster. Other than England, the USA are the only team to rotate all 20 non-goalies, and their depth allows them to adapt to the opponent.

Although the US are clear favourites, France are a close second and the most equipped to pull of a major upset. France have had their share of good and bad luck, especially when it comes to VAR, but if both teams play up to potential this could be one for the ages.

Two nations that have turned their national programs around and are now serious contenders. Italy took 20 years to return to the World Cup and their win over China highlighted their attacking prowess.

Although reigning European champions, this is only the Dutch’s second World Cup. However, they enter this match having lost only once since the start of 2018, outside of the 2019 Algarve Cup. They carry arguably the world’s most talented goal-scoring group, headlined by Vivianne Miedema, who at 23 already has the Netherlands’ scoring record.

Whichever team advances will be one step closer to continuing to build a more long-term tradition.

This game will go one of two ways based on the health of the star German midfielder. If Dzsenifer Marozsan can return after missing the last two games with a broken toe, the Germans will be heavy favourites. Sweden have lacked an offensive flair, beating Canada by only one goal. With Germany yet to concede, this match could already be decided.