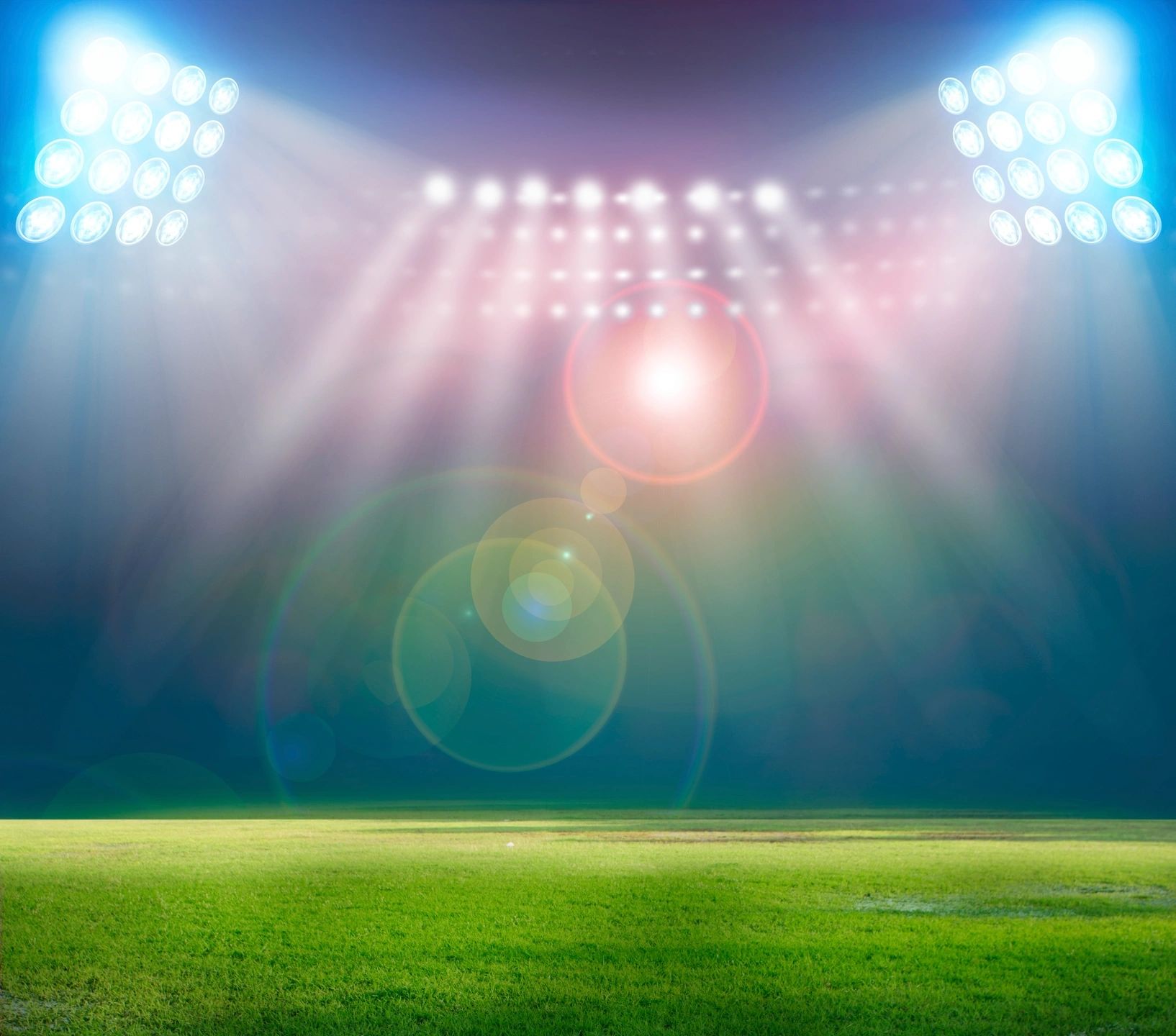 Why to watch: One of the top teams; the favourite for some pundits, with skill top to bottom on their roster. They’ve reached the quarters in three consecutive tournaments but have yet to reach the final and this should be their best shot.

Who to watch: Amandine Henry is one of the top midfielders in the world and there is no player who will make a bigger impact on both ends of the field.

Why to watch: One of the top teams during qualifiers that scored 27 while allowing only four in. They could be an underdog based on their top end talent.

Who to watch: The Chelsea defensive duo of Maren Mjelde and Maria Thorisdottir are elite but up front Caroline Hansen provides the attacking flare this team needs.

Why to watch: A team that is slowly building a program but still spearheaded by a single star who can pull off an upset of two.

Who to watch: That star would be none other than Ji So-Yun who has more than twice as many goals as anyone else on the roster.

Why to watch: They are the top team in Africa; three continental championships in a row, and one of the few teams to qualify for all eight World Cups, which means there are no nerves.

Who to watch: Asisat Oshoala is the three-time African player of the year for good reason, and she’s only 24.

Why to watch: One of the top teams, but after struggling in recent years new coach Martina Voss-Tecklenburg has only had a few months to return the team to the form that saw win Olympic gold in 2016.

Who to watch: With so much talent it’s hard to pick one, but as one of the top players in the world Dzsenifer Marozsan has experience in big moments, scoring the winning goal at the 2016 olympics.

Why to watch: Twenty-five goals and only two conceded in qualifying powered the Spanish to here. For a nation making the rise this could be the time to jump on the bandwagon before they make a deep run.

Who to watch: Marta Torrejon is a veteran for this team, yet only 28, and her attacking play from the back end will be the key for the Spanish transition game.

Why to watch: One of the top teams at the first World Cups, the Chinese have struggled lately, but a young team lost to the US in the 2015 quarters and should be looking for more now.

Who to watch: Wang Shuang is the only player to play outside of China and the 24-year old has earned her nickname as “Lady Messi” since moving to PSG.

Why to watch: First appearance means it will be fun to watch their first experience, or they’ll fall apart and the top teams in this group will score some wonderful goals.

Who to watch: Janine Van Wyk has appeared in 166 for this team and finally gets to appear in a World Cup.

Why to watch: The Australian’s have officially risen to the top class of the women’s game, but Ante Milicic has only had a little over two months to prep this team, so chaos could be in order.

Why to watch: This is a historically talented team that is looking to return to previous heights, but they will need the next generation of stars to make an impact if they want to continue to rise again.

Who to watch: Marta.Iis there really any other answer than the icon who could be playing in her final World Cup at the age of 33?

Why to watch: This is not typical Italian defensive football, they look for chances to score and have more than enough talent to do so. Making their first trip in 20 years they should be highly motivated.

Who to watch: Twenty-one-year old Valentina Giacinti is leading Serie A in goals with 21 and could elevate her status with a good run in France.

Why to watch: Funding got cut in 2010 and the reason they’re here, as the first Caribbean nation to ever make it, is because Cedella Marley, daughter of Bob, used the Bob Marley Foundation to raise funds. How can you not cheer for them to have some success as the lowest ranked team?

Who to watch: Khadija “Bunny” Shaw is looking to sign her first pro contract and this summer will be her chance to audition on the biggest stage. At 5’11 the forward is an aerial ace.

Why to watch: A squad that likes to play in tight games but has enough scoring up front that they don’t need to rely on a single player. They could be knocked out early or win the whole thing.

Who to watch: A strong defender will be needed for any team to make a deep run and England has one of the best in Lucy Bronze.

Why to watch: After consecutive finals this is a new team with lack of experience and only three players over 30. The pressure will be on them to meet expectations.

Who to watch: Saki Kumagai will be relied on to keep trouble away from her defence and give the ball back to her team so that her teammates up front can put their creativity to use.

Why to watch: A team with no experience on this stage could play fearless and look to cause a surprise or two.

Who to watch: Kim Little. If Scotland is playing well it means she is making life hard for opposing teams defences by either beating them or drawing attention away from her teammates.

Why to watch: A team with some unknown players internationally could cause problems and lead to breakout performances from unexpected places.

Who to watch: Estefania Banini is the heart and soul of this team and will be relied on to create offence for one of the weaker teams. She could pull of an amazing goal or two for Argentina.

Why to watch: A team that has found medal success at the previous two Olympics has yet to finish better than fourth at a World Cup. Can they send off Christine Sinclair with a medal?

Who to watch: Sinclair only needs three goals to pass Abby Wambach for most international goals by ANY player.

Why to watch: A young team that ended a 24-year run of domination in Europe at the 2017 Euros is full of young attacking players that fans can love for years to come.

Who to watch: Ball tends to meet net when Vivianne Miedema is striking it. Only 23, she is three goals away from 60, which would be a Dutch record. She just scored 31 in 127 games for Arsenal last season.

Why to watch: Defence. If you want to watch a bunch of 0-0 or 1-0 games with top players trying to break down a wall just put on this team. Sorry.

Who to watch: Without top-end talent, teams need to rely on defence and the best defender in the NWSL is a good place to start with Abby Erceg back there for New Zealand.

Why to watch: They pulled off the upset last year to get out of the group stage and return many of the same starters.

Who to watch: If you want to score goals on the counter, you need a player who can beat someone in a one-on-one situation and Ajara Nchout is just that for this group.

Why to watch: The favourite that probably has the best starting XI along with the best bench. An early loss would be quite the upset.

Who to watch: Imagine the perfect midfielder: probably looks pretty close to reigning NWSL MVP Lindsey Horan. She can pass, dribble and shoot with the best of the them and is just starting to enter her prime.

Why to watch: Organized and highly skilled defences may not be the sexiest thing to watch but seeing star players frustrated at a lack of success is worth a watch.

Who to watch: Behind every great defence is a talented goalie who doesn’t crack under a barrage of pressure and Sweden’s Hedvig Lindahl has proven time and again she can make the right play.

Why to watch: They probably should change their style against top teams but have shown a tendency to press hard on the counter and leave their back end open.

Who to watch: Suchawadee Nildhamrong is the key goal scorer for Thailand and is only 22, so this could be the first of many appearances for her at this stage.

Why to watch: A team making their debut is going to be full of adrenaline and hope, they should be playing some fast games and with 11 games against World Cup foes leading up to this, they should have no fears.Who to watch: Christiane Endler is one of the top goalies in the world who could help Chile steal a point or two and advance to the knockout rounds where anything is possible.