Canada’s Rebecca Quinn makes a dash for the ball in a game against the USA. (Photo courtesy of Sportsnet.)

The Women’s FIFA World Cup kicks off on June 7th in France. With both Canada and the U.S.A. in a good position to place well, here is a closer look at the state of each team as they prepare for the tournament.

Ranked fifth in the world, Canada is looking to come back after last tournament’s quarterfinal loss to England on home soil.

The team is led by Captain Christine Sinclair. She has the most caps on the team with 281, an Olympic bronze medal, and is a 14-time recipient of the Canadian Player of the Year award. She is currently Canada’s all-time leading scorer, and is only behind Abby Wambach for most international goals (for either men or women). Sinclair currently plays for the Portland Thorns FC in the NWSL.

Canada held a friendly match at BMO field in Toronto on the 18th where they were able to blank 26th ranked Mexico 3-0. The match saw Sinclair’s 181st career goal, her 16th against Mexico. The other goals came from Jessie Fleming and substitute Adriana Leon.  Coach Kenneth Heiner-Moller played the ‘A’ team for the friendly. The only exception from the starting 11 was missing Kadeisha Buchanan who was playing for Lyon in the Champions League Final.

Unfortunately, both goalkeeper Erin McLeod and midfielder Diana Matheson will be unable to compete at the World Cup due to a plantar fasciitis and toe injury, respectively. Matheson is hoping to undergo surgery soon and get back to playing with the NWSL’s Utah Royals as soon as possible.

Canada’s next match will be a friendly against Spain in Pamplona on May 24th.

Ranked number one in the world, the U.S. has high hopes heading into this World Cup. The team won in 2015 over Japan; a game that broke the record as the most watched soccer match for either men or women in American broadcast history. With an average of 23 million viewers, they surpassed the ratings of both the ongoing NBA and Stanley Cup Finals.

One major difference from four years ago will be the absence of goaltender Hope Solo, who left the team in 2016 after she made controversial comments towards the opposing team. Notable players for this year include Ali Krieger, who now has 100 career caps and Jessica McDonald. This will be McDonald’s first World Cup, though she is currently the top American scorer in the history of the NWSL, where she plays for the North Carolina Courage.

The Americans are currently in the midst of their three-game send-off series before the tournament starts. So far, they have won 3-0 over 49th ranked South Africa, and 5-0 over 19th ranked New Zealand – marking Alyssa Naeher’s 24th career shutout.  Game three will take place in Harrison, NJ against Mexico on May 26th.

The tournament will air in the States on Fox and FS1. In Canada, the games will be available on both CTV and TSN. 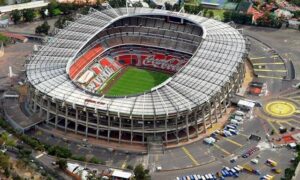