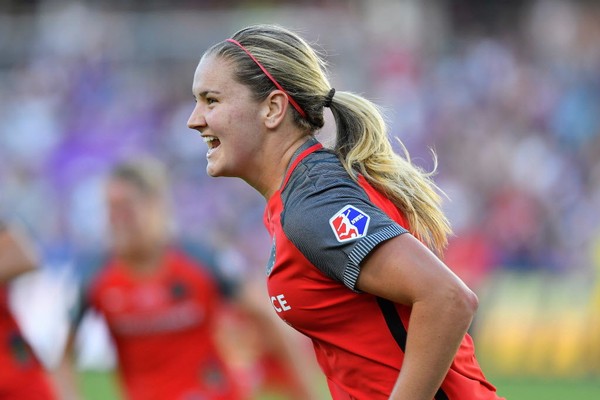 Lindsey Horan of the Portland Thorns (Photo courtesy of OregonLive.com.)

The 2019 NWSL season has been officially underway for one month now, and the only team that has managed to avoid a loss is the Portland Thorns.

With their come-from-behind win over the Orlando Pride this past Saturday, the Thorns added their second win of the season to remain undefeated. During the match, both Dagny Brynjarsdottir and Andressinha recorded their first goals of the season – Andressinha’s first in the Thorns’ kit after her acquisition from Houston last year.

This impressive four-game streak without a loss can be extended to a nine-game streak if the end of the 2018 season is carried over. The Thorns won the championship just two years ago in 2017.

Portland has yet to play a match at home, and have two more games on the road before returning to Providence Park.