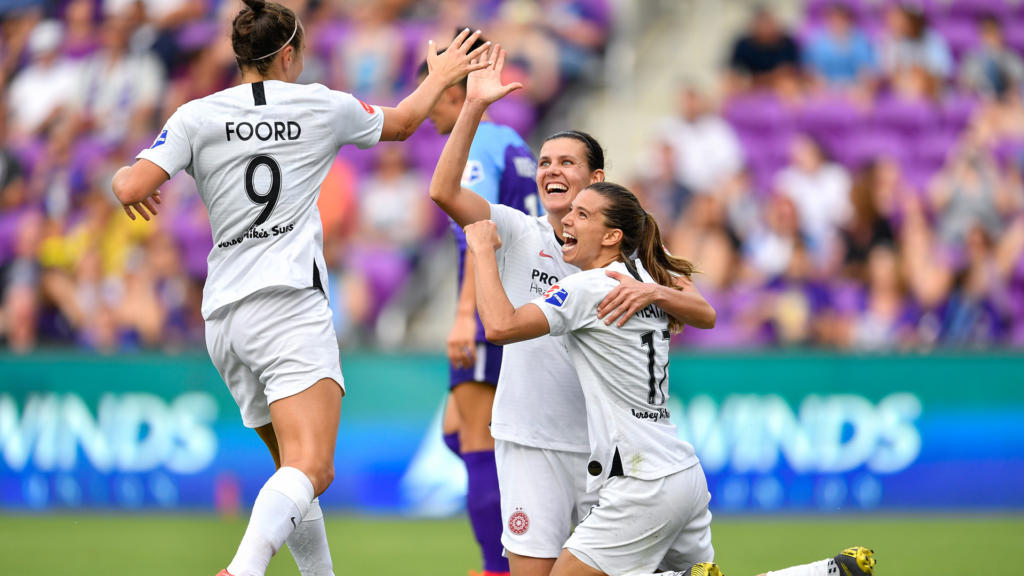 The NWSL opened their 2019 season this past weekend with games played by eight of the league’s nine teams.

Last year’s Golden Boot recipient, Sam Kerr of the Chicago Red Stars, was the first player of the season to bury the ball in the net. Yuki Nagasato assisted with a long through pass.

In the fifty-ninth minute, Sam Staab, Washington rookie defender, scored off a corner kick by Erica Skroski. This was not only Staab’s NWSL debut, but also her first professional goal.

Washington scored another goal in extra time when Mallory Pugh sent in a cross and Megan Crosson finished it with a header into the top corner.

It wasn’t until the very end of the first half that Caitlyn Foord of the Portland Thorns left-footed a shot from the centre of the box, right into the bottom corner of Orlando’s goal, assisted by Tobin Heath.

The dynamic duo didn’t stop after that. Just a few minutes after the second half started, Foord sent a pass across the Pride’s box that Heath was able to get a heel on to score a second for the Thorns.

The match got off to an exciting start with a goal in the first 10 minutes. Nichelle Prince scored Houston’s first goal of the year off a right-footed shot from the centre of the box.

The second goal wasn’t put in the net until the second half. Reign Rookie Darian Jenkins, who was formerly on North Carolina Courage, scored for Seattle, marking her first NWSL goal.

The game’s final play saw Houston Goalkeeper Jane Campbell foul Jodie Taylor in the box, resulting in a penalty kick for the Reign. Campbell made the save and the game remained at a 1-1 draw.