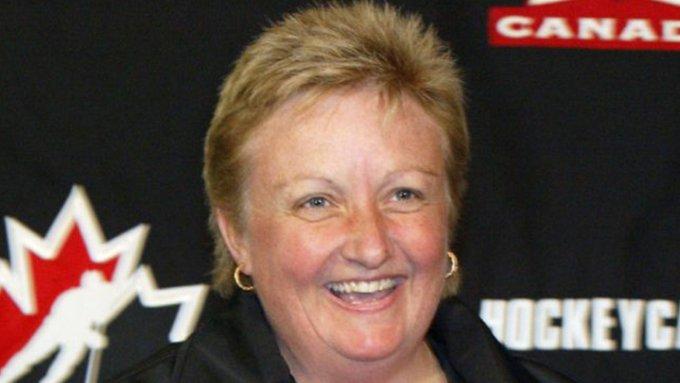 In case you missed the top news stories and happenings across women’s hockey this past week, here’s an overview of everything from each day from Jun. 29 to Jul. 3, 2020.

The Toronto Six signed forward Emma Woods, who scored 29 points in 35 games last season with Leksands IF of the SDHL. She captained the Quinnipiac Bobcats in her senior year and also played two seasons with the CWHL’s Shenzhen KRS Vanke Rays.

Metropolitan Riveters defender Saroya Tinker, who was recently selected fourth overall in the NWHL Draft, wrote an article for The Park Journal titled “Creating Space.” Tinker shares her experience as a Black woman in hockey and its impact on her mental health.

The Buffalo Beauts re-signed defender Meg Delay for her second NWHL season, who came over from the CWHL in 2019-20. The team also signed goaltender Caty Flagg of the University of Massachusetts Boston, and forward Neve Van Pelt of Providence College.

Canadian forward Samantha Isbell has joined the PWHPA after completing her senior year at Mercyhurst University. Canadian defender Alexis Woloschuk and Canadian goaltender Emerance Maschmeyer are both returning to the PWHPA for another season.

Canadian goalie Megan Buchanan—an alumna of Chatham University—signed with the PWHPA for her first season with the organization. American forward Bailey Larson and Canadian defender Laura Fortino are both returning to the PWHPA for a second year.

In a two-part episode of Social Justice in Women’s Hockey, featured on Sports Talk with Erica L. Ayala, forward Madison Packer and defender Rebecca Morse of the Metropolitan Riveters joined the show to discuss anti-racism and allyship in hockey.

The Riveters announced a trio of re-signings for next season, including forward Tatiana Shatalova, forward Brooke Avery and defender Jayne Lewis. All three players appeared in their rookie seasons in 2019-20, scoring a combined eight goals and 20 points.

WGBH featured Boston Pride defender Mallory Souliotis in an article regarding her other job as a biomedical engineer. She is currently working as a bioanalytical research associate at EMD Serono, with her work deemed essential during the global pandemic.

Following her senior year at Boston University, Canadian forward Deziray De Sousa will be joining the PWHPA for the 2020-21 season. Canadian defender Mellissa Channell and American defender Monique Lamoureux-Morando will both return to the PWHPA.

In addition to her article in The Park Journal, Tinker also launched a mentorship program for women. Her mission is “to inspire and mentor women on how to overcome struggles such as [her] own and provide a platform that is positive and educational.”