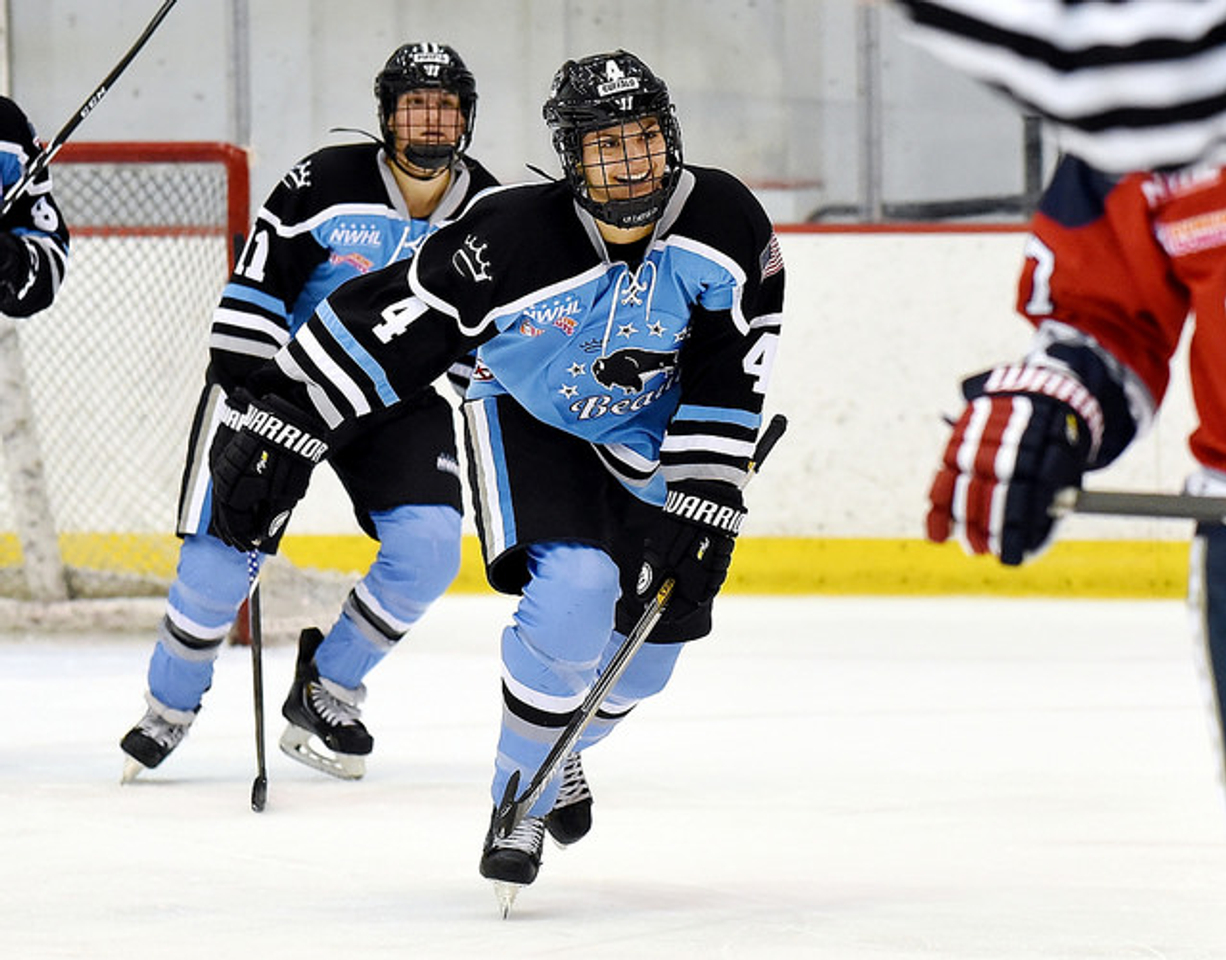 In case you missed the top news stories and happenings across women’s hockey last week, here’s an overview of everything from each day during the week of Jun. 15 to 19, 2020.

The Metropolitan Riveters announced the signing of forward Emily Janiga, who spent last season with the PWHPA. Janiga will appear in her third NWHL season after playing with the Buffalo Beauts in 2016-17 and 2018-19, including an Isobel Cup win in 2017.

A pair of forwards—Canadian Loren Gabel and American Shannon Hickey—will be returning for another year with the PWHPA. Gabel is an alumna of Clarkson University, while Hickey is a former member of the now-defunct CWHL’s Worcester Blades.

Blake Bolden of the PWHPA published an ebook titled “Eat in Color,” sharing six of her favourite plant-based recipes.

The Beauts promoted Rhea Coad from assistant coach to associate head coach following her first season with the team. Coad spent her college hockey playing days with SUNY-Canton but later shifted to coaching with Nazareth College in 2018-19.

Canadian forward Jordyn Zacharias will join the PWHPA after finishing her final season at the University of Manitoba. Canadian defender Jessica Platt and American forward Gigi Marvin will return for each of their second seasons with the PWHPA in 2020-21.

Hosted by former CWHL player Ailish Forfar with Canadian Women and Sport, Sarah Nurse and Brigitte Lacquette of the PWHPA participated in a live panel on Zoom to discuss why there must be more encouragement for girls to play in organized sports.

Nearly two months after drafting Autumn MacDougall with the 14th overall pick in the 2020 NWHL Draft, the Beauts have signed the University of Alberta alumna for the 2020-21 season. In five U Sports seasons, MacDougall tallied 125 points in 139 games.

Canadian defender Tess Bracken completed her fourth and final year with Dartmouth College in 2018-19, and now she moves on to the PWHPA for the 2020-21 season to further advance her career after a one-year hiatus from professional hockey.

Canadian forward Erica Kromm and Team Canada captain Marie-Philip Poulin are also returning to the PWHPA. Both are veterans of the CWHL, as Kromm played seven seasons with the Calgary Inferno and Poulin captained Les Canadiennes de Montréal.

PWHPA board member Liz Knox appeared on Sports Talk with Erica L. Ayala, discussing social justice in women’s hockey and encouraging the women’s hockey community to model their behaviour after the WNBA’s teams and players.

Following a breakout season in 2019-20, forward Mary Parker re-signed with the Boston Pride for her fourth full season in the NWHL. Minnesota Whitecaps goaltender Amanda Leveille will also return for her third season with the team and fifth season in the league.

Canadian forward Ryleigh Houston will begin her professional career with the PWHPA after finishing her college career at the University of Minnesota-Duluth. Houston played with Team Canada at the under-18 world junior championships in 2015 and 2016.

American forward Makenna Newkirk and American defender Megan Bozek are heading back to the PWHPA in 2020-21. Newkirk joined the PWHPA after graduating from Boston College, while Megan Bozek is a veteran of both the NWHL and CWHL.

After captaining Boston College in her senior year, American forward Erin Connolly is transitioning to professional hockey with the PWHPA. American goalie Lauren Dahm and Canadian forward Emily Clark are both going back to the PWHPA for another year.

Featured photo: After spending last season with the PWHPA, Isobel Cup champion and former Buffalo Beaut Emily Janiga will return to the NWHL this season with the Metropolitan Riveters. (Credit: Michael Hetzel / NWHL)