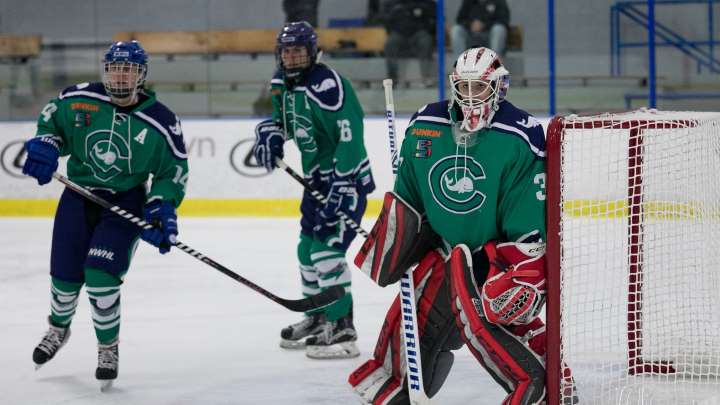 In case you missed the top news stories and happenings across women’s hockey last week, here’s an overview of everything from each day during the week of Jul. 20 to 24, 2020.

American forward Samantha Donovan, previously with the Minnesota Whitecaps, will join the PWHPA in 2020-21. The Brown University alumnae scored 68 points in 116 games during her college career, serving as an assistant captain in her final two years.

Canadian forwards Rhianna Kurio and Carolyne Prévost, both of whom are former CWHL players, will return to the PWHPA for each of their second seasons. Kurio is a two-time Clarkson Cup champion in 2016 and 2019, while Prévost won it in 2014.

Following her second season in Germany’s Frauen-Bundesliga with ESC Planegg, Canadian forward Christina Ieradi is coming back to North America with the PWHPA. Ieradi tallied 72 points in 56 games, including a point-per-game pace in the playoffs.

Canadian forward Sarah Lefort, an ex-player of Les Canadiennes de Montréal, re-signed with the PWHPA for another season. Sydney Kidd, a Canadian skater who plays both forward and defence, will also re-join the PWHPA for the 2020-21 season.

Black Girl Hockey Club announced the establishment of a scholarship program intended to subsidize the playing costs of organized hockey, assisting Black women between the ages of nine and 18. It will be offered annually for those who are eligible for the fund.

The PWHPA welcomed American forward Delaney Belinskas to the organization, agreeing to a deal with the Boston College alumna. Belinskas recently completed her senior year, scoring 93 points in 151 games throughout her college hockey career.

Russian forward Iya Gavrilova, who played four years at the University of Calgary and three seasons with the Calgary Inferno, will return to the PWHPA. Canadian forward Jamie Lee Rattray, the 10th highest-scoring player in CWHL history, is also re-signing.

On the most recent episode of Pride Diehards, NWHL Defender of the Year Kaleigh Fratkin was the show’s guest. In addition to their discussion with the Boston Pride defender, they also talked about the league’s latest news and NWHL Open Ice.

Director of the NWHLPA, Anya Packer, hosted an Instagram Live with You Can Play, speaking to former NWHL forward Harrison Browne about the state of hockey, inclusion in sports and Harrison’s intent to continue his role as an ambassador for LGBTQ+ folks.

For the upcoming 2020-21 season, the PWHPA announced a trio of signings. Canadian forward Taytum Clairmont will join for her first season, while American goalie Jetta Rackleff and Canadian forward Rebecca Leslie are returning to the organization.

Riveters defender Saroya Tinker participated in an Instagram Live with LeagueApps on July 15, with the main takeaways published on the company’s blog. Tinker discussed her experience as a Black woman in hockey and using her platform for social change.