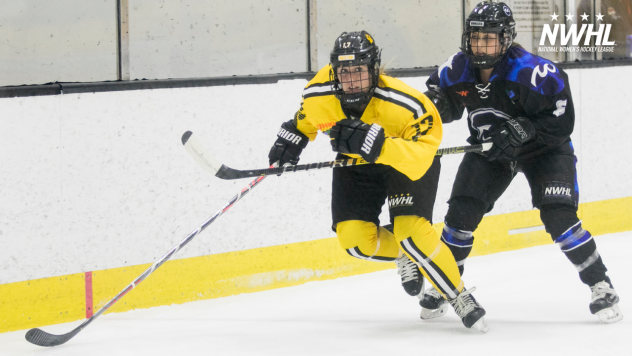 Defending champions Minnesota Whitecaps will face the Boston Pride, who have had a near-perfect season, in the Isobel Cup final, which has been postponed from Mar. 13.

The NWHL’s plan to award the 2020 Isobel Cup on Mar. 13 was postponed due to the Coronavirus pandemic, with the Boston Pride and Minnesota Whitecaps slated to meet at a later date. This comes at a time when many sports leagues and large gatherings are being delayed or cancelled, looking out for the health and safety of the public.

Once it is deemed appropriate by the NWHL to play, fans are in for an all-time great matchup. For now, here’s a preview of the 2020 Isobel Cup Final, including what to expect from each team and which players to watch.

In a near-perfect season, the Pride outscored their opponents 120-43. On average, they tallied five goals per game and allowed fewer than two goals per game. Heading into the playoffs on a four-game win streak, Boston knocked off the Connecticut Whale in a 5-1 victory during their semi-final game. They have been the clear favourites all along.

The list of players to watch on this team is lengthy, with eight players averaging more than a point per game. Veteran forward Jillian Dempsey led the league with 40 points, while McKenna Brand took a big step forward in her sophomore season, finishing second in league goal-scoring with 19. Mary Parker and rookie Lexie Laing were also top 10-point producers in the NWHL this past season.

Kaleigh Fratkin put up 23 points on the blue line, which was the second-most among defenders in the league. Fratkin continued her excellent offensive production in the Pride’s semi-final win over the Whale, scoring a goal and assisting on two others. Defenders Mallory Souliotis, Lexi Bender and Lauren Kelly all averaged more than half a point per game in the regular season.

Starting goalie Lovisa Selander had an outstanding season by any standard, but it’s even more impressive as a rookie. She led the league in most goaltending categories, with 1.71 goals against average, a 0.941 save percentage and 17 wins on the season. Selander was also great in the Pride’s lone playoff game, stopping 29 of 30 shots.

The defending Isobel Cup champions followed up their inaugural season with another strong campaign, outscoring their opponents 106-52. A major strength of the Whitecaps is their disciple, taking the fewest number of penalty minutes in the league. While they won nine of their final 10 games, the Whitecaps got past the Metropolitan Riveters by the skin of their teeth, winning a 1-0 overtime thriller.

Minnesota’s dynamic trio of Allie Thunstrom, Jonna Curtis and Meaghan Pezon combined for 46 goals this season, including Thunstrom’s league-leading 24 goals. Nicole Schammel is one of three forwards who averaged more than a point per game, while rookie Meghan Lorence reached the 10-goal plateau.

As for their defence, a few of Minnesota’s defenders contributed a significant amount of offense during the season. Amanda Boulier led all defenders in the NWHL with 27 points, setting a career-high for herself. In only 17 games, Sydney Baldwin led all defenders with eight goals and totalled 18 points for the Whitecaps.

Despite the productive contributions from Minnesota’s skaters, arguably their most valuable player has been goalie Amanda Leveille. She boasts a 0.935 save percentage and a league-leading three shutouts, improving her play from one season to the next. Leveille is also a big reason the Whitecaps are here, stopping all 28 shots against the Riveters in their semi-final matchup.

The Most Likely Outcome

Given how dominant the Pride have been over a 25-game sample, they’re poised to be the 2020 Isobel Cup champions. Boston has the deepest team in the NWHL, as well as a rookie goalie who plays like an experienced veteran. On the other hand, Minnesota is the only team that proved they could defeat the Pride this season. With an elite top line and a high-quality starting goalie, the Whitecaps are fully capable of pulling off an upset.