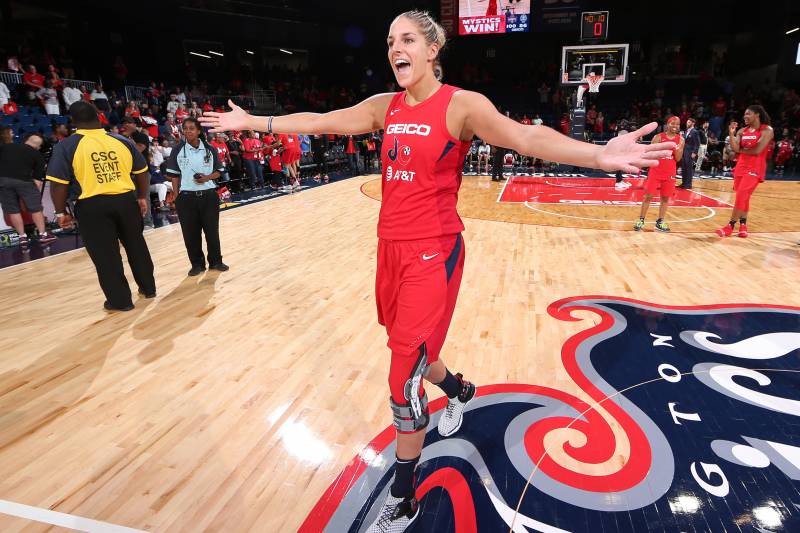 With single elimination games out of the way, the playoffs will reach another level of intensity starting Tuesday. The best-of-five format for semis will allow for the teams to adjust strategy and should allow the best teams to win.

Washington got off to a slow start while Elena Delle Donne was hurt, but that didn’t last for long. The Mystics went 0-4 when Delle Donne failed to finish a game. Take away a three-game losing streak when she got hurt and they would have ended the season winning 22 of 24 games.

The Aces had an up and down season and that continued in the playoff as their game against Chicago had 20 lead changes and came down to the final possession. A late season change in the starting line-up has given the Aces an even stronger bench that includes Dearica Hamby, recipient of the WNBA’s Sixth Woman of the Year award.

Keys to the series:

Washington has lost eight of nine games that they’ve shot below 44 per cent, while Las Vegas held opponents to an average of 39.1 per cent over the season. Reading that may have given you the impression that the Aces should be favoured. Unfortunately for them the Mystics shot 53.9 per cent in the two games Delle Donne played in, and those two games were the second and third worst performances of the year for Las Vegas.

Another major concern for Las Vegas will be the struggles of their main X-factor Dearica Hamby’s performance in the meetings between these two. She was only able to average six points and 6.3 rebounds per game compared to her season average of 11 and 7.6 respectively. Considering a 28-point outburst on 11-14 shooting from A’ja Wilson wasn’t enough for a win, the Aces will need to play a total team game and hope to slow down what’s becoming a legendary offence in Washington.

Jonquel Jones was a monster to start the year, putting up 20 and 10 with ease as she took over the starting role from Chiney Ogwumike, now in Los Angeles. The Sun won seven of eight before being locked into the second seed to end the season — although their lone loss was in Los Angeles.

A convincing win showed the strength of the Sparks as they took out the defending champs. An 8-0 run to end the third and start the fourth quarter helped the Sparks win their seventh game over their last nine. With Chelsea Gray, Nneka Ogwumike and Candice Parker working the offensive game and defensive talents, and Riquna Williams and Alana Beard shutting down top options, the Sparks are tough to beat on either end of the court.

Keys to the series:

With the first two meetings occurring in the opening two weeks, both teams were adjusting to new line-ups, and a new coach for the Sparks, so those meetings mean little. Although the Sparks were more efficient on offence, the Sun were able to collect 10 offensive rebounds to three for Los Angeles. This could swing the series as Connecticut was second in OREB% and oppOREB% while Los Angeles was third worse in the league for both.

The battle between Jonquel Jones and both Ogwumike sisters for rebounds could turn into a classic if that’s something you like to watch. Jones is third, fourth and sixth in REB%, OREB% and DREB% respectively for players who averaged over 15 minutes per game. On the other side, Los Angeles will hope Nneka Ogwumike, fifth in DREB% on defence and her younger sister Chiney on offence, third in OREB%, can contain Jones enough to keep the possessions even.Pick: Los Angeles in five