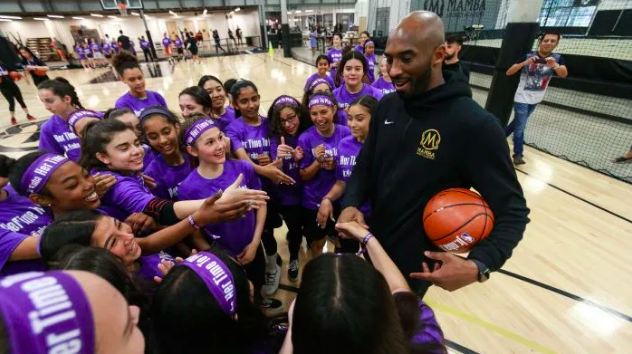 It’s been four months since the helicopter crash that killed Kobe Bryant, his daughter and seven others while on the way to a girls’ basketball game that Bryant was supposed to coach. Since then Bryant has been remembered for his decorated basketball career with the Los Angeles Lakers, winning an Academy Award for Best Animated Short Film for Dear Basketball and the sexual assault accusations made against him in 2003 for raping a 19-year-old woman. In Bryant’s final decade of life he was also a vocal supporter of women’s sports, especially women’s basketball.

“He meant so much to all of us in women’s sports because he was so respected and people listened,” said NBA Broadcaster Nancy Lieberman.

Lieberman, who had a closer relationship with Bryant than most people, recently shared a conversation she had with Bryant, shortly before he died, about women playing in the NBA.

“They absolutely could [play in the NBA]…” he reportedly told her over text. “Doesn’t mean they need too but f— the level of disrespect because they are women are so normal. Dudes think they can just overpower them, it’s bulls— and frustrating as hell. NBA players would get served up let alone some weekend warrior.”

In Bryant’s last interview with CNN Sport he said, “I think there are a couple of players who could play in the NBA right now honestly. Diana Taurasi, Maya Moore, Elena Della Donne. There’s a lot of great players out there so they could certainly keep up with them.”

Bryant had four daughters, including Natalia (17), Gianna (13), Bianka (3) and Capri (11 months). Gianna, who died with him in the crash, dreamed of playing in the WNBA and had her heart set on earning a scholarship to University of Connecticut.

While a guest on Jimmy Kimmel Live in 2018, Bryant shared, “The best thing that happens is when we go out, and fans will come up to me. [Gigi will] be standing next to me, and they’ll be like, ‘Hey, you’ve got to have a boy. You and [Vanessa] have got to have a boy, have somebody carry on your tradition, the legacy.’ She’s like ‘Oy, I’ve got this. You don’t need no boy for that. I’ve got this.’ And I’m like that’s right. Yes you do. You got this!”

Bryant took Gianna to many women’s basketball games in both the WNBA and NCAA, and introduced her to the players as often as he could. He was also her basketball team’s coach at Mamba Sports Academy.

Bryant opened the Academy in Thousand Oaks, Calif. in 2018 for high-level middle school, high school and college-aged athletes to train at an elite level. One of the objectives of the Mamba Sports Foundation is, “To provide funding for programs that offer equal opportunities for young women in sports.”

“Kobe’s support for the WNBA and women’s basketball along with his passion for helping young girls and boys follow their dreams made him a true legend for our sport,” WNBA Commissioner Cathy Engelbert said in a statement following Bryant’s death.

Bryant was a proud supporter of not just women’s basketball, but also of the U.S. women’s national soccer team (USWNT). The USWNT tweeted a clip of Bryant wearing a USWNT jersey at one of their games and saying, “We’re here to support the USA women’s soccer team. They’re the best in the world. Of course, we’re here. We’ve got to show our love and show our support. They’re great examples and role models to my girls.”

UCLA basketball coach Cori Close pointed out that women don’t need men to validate their talent, because the talent is already there, but growing the game requires allies, and Bryant was one of the best they had.