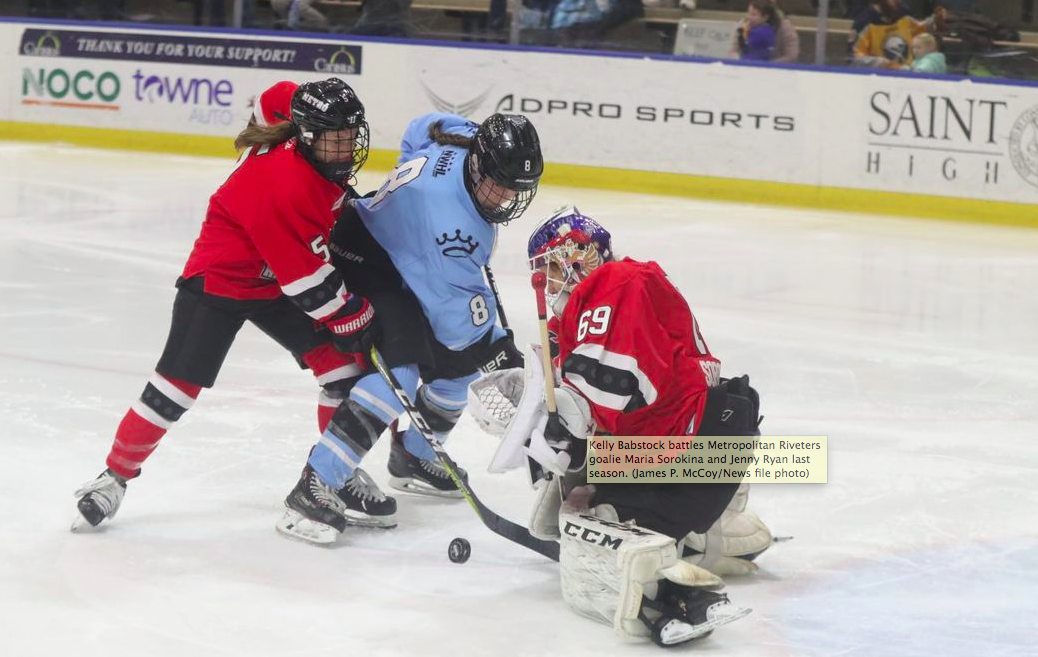 This past weekend, the NWHL’s regular season resumed after a quick break to make room for its All-Star festivities in the schedule. In a pair of games between the Metropolitan Riveters and Buffalo Beauts, the Riveters gained three of a possible four points. The Beauts took game one by a final score of 6-5 in the shootout, while the Riveters answered with a 4-3 regulation win in the second game.

During Saturday’s matchup, it didn’t take long for the Beauts, who haven’t played in nearly a month, to pull ahead, jumping out to an early multi-goal lead. Less than five minutes into the game, Corinne Buie and Kandice Sheriff each scored to give Buffalo a 2-0 advantage on the scoreboard. With three seconds left in the opening frame, Leila Kilduff got the Riveters on the board, cutting Buffalo’s lead in half with a power-play goal.

Then came the second period, opening the floodgates on both ends of the ice with it. Kim Brown helped regain the Beauts’ two-goal edge early in the middle frame, but a trio of goals from Kiira Dosdall-Arena, Kelly Nash and Kate Leary pulled the Riveters ahead by one. Before the second intermission, Iveta Klimasova and Taylor Accursi responded for Buffalo, giving the Beauts a 5-4 advantage heading into the third period.

It wasn’t long until Brooke Avery knotted it for the Riveters, eventually sending the game to overtime. After the extra frame didn’t resolve the tie, it went to a shootout. Leary was the first to score, putting the Riveters ahead after two shooters from each side. However, Accursi and Ana Orzechowski each scored for the Beauts, while Kendall Cornine and Rebecca Morse were stopped by goalie Tiffany Hsu, winning it for Buffalo.

On Sunday, it was the Riveters who came out of the gates flying. Leary scored a pair of goals to put the Riveters ahead, but Becki Bowering responded for Buffalo before the first intermission. Trailing by a goal to start the second period, Cassidy MacPherson didn’t take time in knotting the game for Buffalo. Later in the frame, Kilduff and Mallory Rushton each scored to give the Riveters a 4-2 lead heading into the third period.

With just under six minutes left in regulation, Kristin Lewicki got the Beauts back to within a goal on the power play. Ultimately, the Riveters managed to hold on and grab the all-important two points. This win extends the Riveters’ lead on the Beauts by six points in the standings, inching them closer to clinching the Isobel Cup Playoffs’ third seed. As for the Beauts, this loss gives them a 1-8-1 record in their last 10 games.

Saturday also featured the Boston Pride facing off against the Connecticut Whale, with the Pride winning by a final score of 4-1 and improving to 21-1-0 on the season. Lexie Laing, Jillian Dempsey, Mallory Souliotis and Alyssa Wohlfeiler each scored for Boston, while Kaycie Anderson scored Connecticut’s lone goal. Despite allowing three goals, Whale goalie Brooke Wolejko made 46 saves and was named the game’s third star.

This upcoming weekend, the Pride will visit the Whale and Riveters during their road trip, while the Beauts will host a pair of games against the Minnesota Whitecaps.