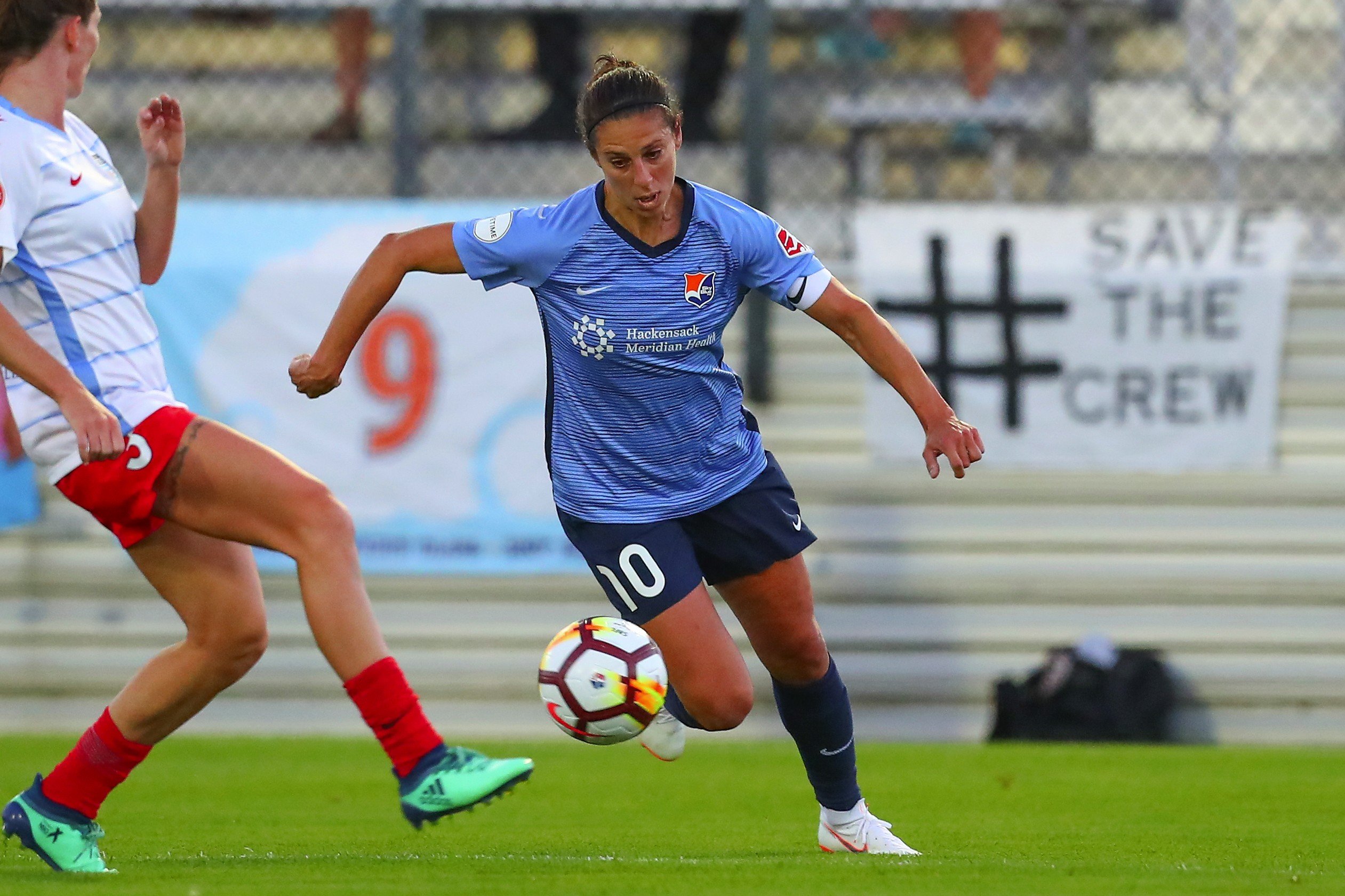 Despite Sky Blue FC being last place in the standings, there is no lack of interest in New Jersey’s NWSL squad. The team will upgrade from their humble 5,000-seat stadium to a 25,000-seat facility on August 18 due to an increase in attendance.

The match, which was originally scheduled at Yurcak Field at Rutgers University, will now be played at Red Bull Arena in Harrison. Sky Blue FC will host fourth-ranked Seattle Reign FC.

“We’re beyond excited that we have to move the game to Red Bull Arena because fan interest is so high,” said Sky Blue FC captain and U.S. women’s national team co-captain Carli Lloyd. “This will be a great experience for my teammates and another opportunity for Sky Blue to continue building toward a successful and sustainable future.”

The game drew the third-largest crowd in team history. Last week the Sky posted a poll on Twitter asking fans if the game should be moved to Red Bull Arena. Of the 5,896 votes, 94% said yes.

“This is a big moment for our club, our players and fans,” said Sky Blue Interim General Manager Alyse LaHue. “We asked our fans if they would support this idea and they very definitively said yes. We’re always listening to and looking for ideas that enhance the fan experience as we push this club forward.”

The club hopes to leave Yurcak Field next year in search of a better home, partly because the locker rooms are not sufficient for the players and also lack showers.

The new location will be easier for fans to reach with public transit. Coming from Manhattan, it takes only a third of the time that it would to get to Yurcak Field.

The U.S. women’s national team have sold out Red Bull Arena four times and have played there a total of six.

“We are very pleased to welcome Sky Blue to Red Bull Arena, and to have this match come together after months of planning,” said Red Bulls General Manager Marc de Grandpre. “Our organization strives to support and grow the game locally, and hosting an NWSL match at Red Bull Arena is a great opportunity to support Sky Blue and celebrate the local soccer community.”

The game will be nationally televised on ESPNNews and will be Sky Blue’s only appearance on national television this season.