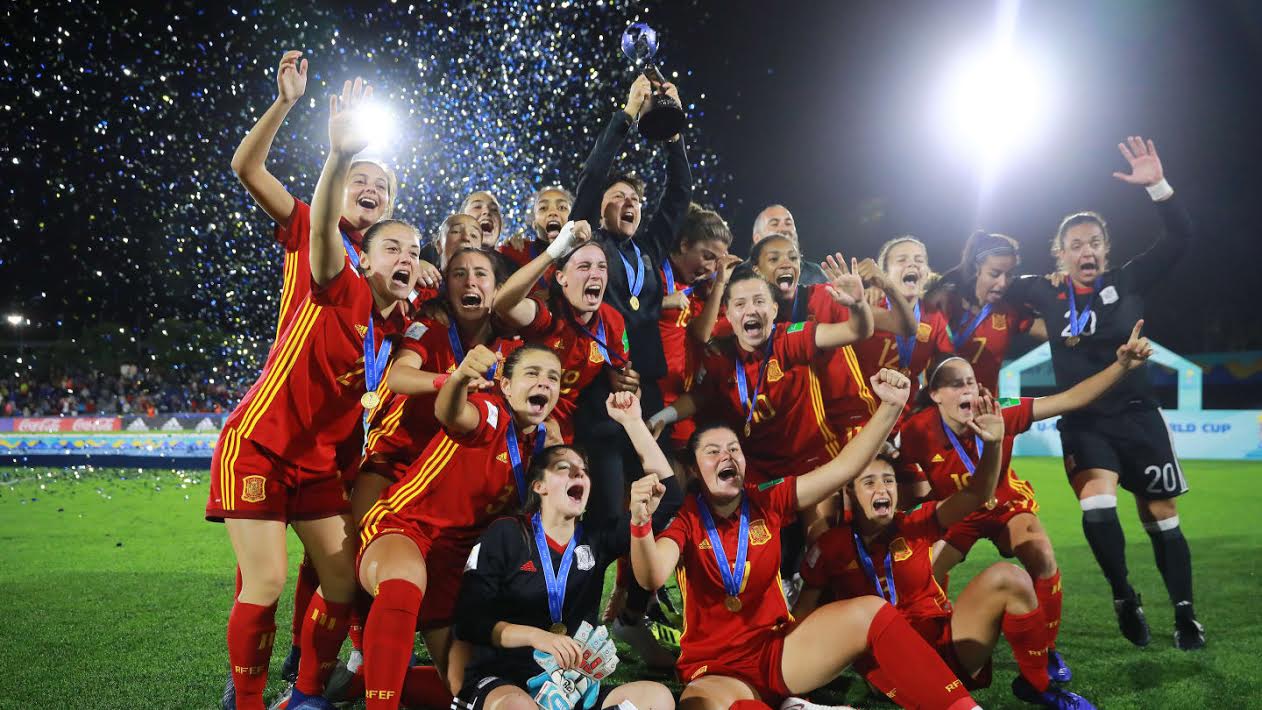 Spain are the 2018 FIFA U-17 World Cup champions. Photo courtesy of FIFA.

After finishing with silver in 2014, and bronze in 2016, Spain collected an elusive gold medal in Uruguay on Saturday.

A pair of goals in their exciting 2-1 win over Mexico clinched the golden ball award for Claudia Pina. Pina finished with seven goals in the tournament, including four in the knockout round.

Pina was one of many stars for Spain as they finished with a goal differential of +1 thanks to the goaltending of Catalina Coll. Coll only allowed three goals all tournament, including two in the knockout round.

This year’s tournament was full of surprises in the final four as Mexico, New Zealand and Canada were all making their debut appearances in the medal round. In the bronze medal game, two quick goals from Grace Wisnewski in the opening 13 minutes helped the Kiwis hold on to a 2-1 win over Canada for their first medal at the U-17 level.

The quarterfinals were full of dramatic upsets with North Korea, Japan and Ghana all losing in penalties, while a late goal knocked Germany out. Spain knocked out North Korea, the defending champions and three-time medallists, in penalties 3-1 without having to rely on Pina, who was being saved for last.

The reigning silver medalists, Japan, were knocked out in penalties by Australia after a 1-1 tie in which the Kiwis gave up the tying goal via an own goal. Japan entered tied for most medals with North Korea and Spain with all three having won three medals entering this year’s tournament.

The other side of the bracket saw Mexico tying Ghana twice before winning 4-2 in penalties after scoring on all their shots. While Canada got a goal from Jordyn Huitema in the 83rd minute to win 1-0 over Germany.

Spain controlled 67 per cent of the possession against New Zealand in a 2-0 win while a penalty from Nicole Perez gave Mexico a 1-0 win to set up the final with Spain.