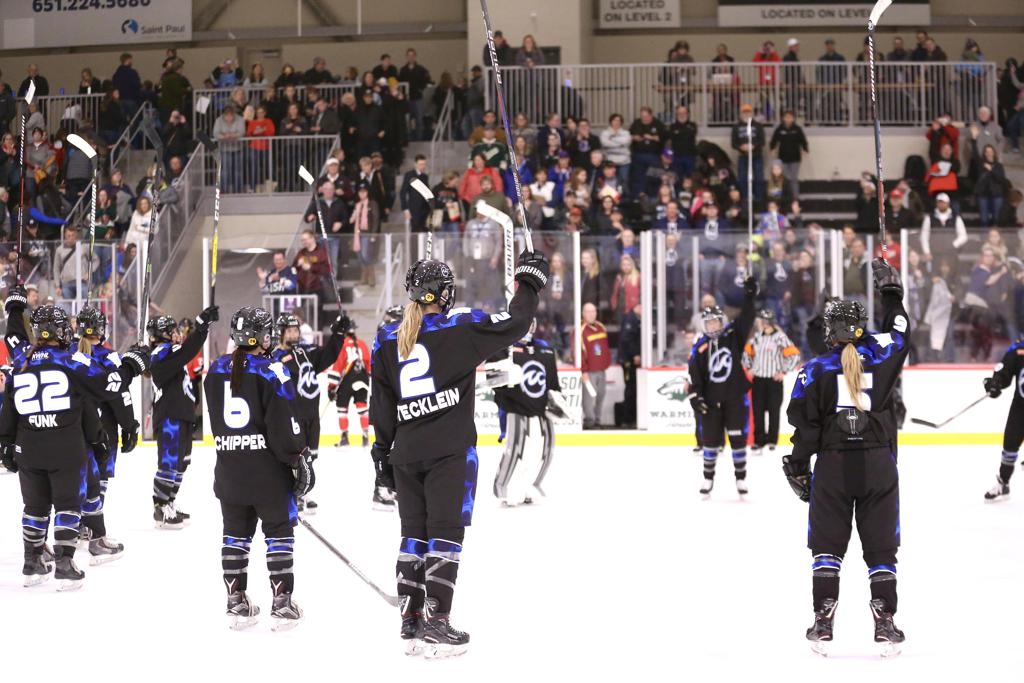 The most recent weekend of NWHL action featured back-to-back wins for the Minnesota Whitecaps, adding to their streak of six consecutive wins to open the franchise’s inaugural season. On home ice at TRIA Rink, the Whitecaps squeaked by the Buffalo Beauts in a pair of one-goal games.

On Saturday, a late goal from Jonna Curtis secured a 3-2 victory for Minnesota. Amy Menke scored the game-winner in Sunday’s matchup, edging the Beauts by a final score of 2-1. These two wins follow Minnesota’s four triumphs over the Metropolitan Riveters, sweeping their season series against the defending Isobel Cup champions.

Scoring goals at even strength has not been an issue for the Whitecaps, but their powerplay is only converting at 5.3% and could use improvement. The team is averaging nearly four goals per game and have been very opportunistic, scoring 14.7% of their shots on goal.

Whitecaps’ rookie forward Curtis, a Minnesota native, currently leads the league with nine points. Katie McGovern is right behind her with eight points, including the team’s only power play goal this season. Forwards Kate Schipper, Hannah Brandt and Kendall Coyne Schofield are also scoring at a point-per-game pace.

Their defense is led by U.S. Olympic gold medalist Lee Stecklein, who has six assists to begin the season. Other key players on the blueline include Amanda Boulier and Chelsey Brodt Rosenthal, with their defense contributing three goals to supplement Minnesota’s offense.

While the team’s power play has struggled, the penalty kill has been efficient for the Whitecaps. With a success rate of 94.1%, Minnesota has allowed only one goal on 17 shorthanded incidences. With nine goals against in six games, Minnesota has also played a strong defensive game.

This is in large part due to the performance of goaltender Amanda Leveille, who was awarded the NWHL’s Player of the Week after the Whitecaps’ pair of victories against Buffalo. Over the course of the weekend’s games, she stopped 68 out of 71 total shots.

Leveille’s impressive play began with a 22-save shutout over the Riveters in their season opener. She has played in all six games for Minnesota, logging 360 minutes of ice time and posting a 0.947 save percentage. Leveille has continually shown that the Whitecaps can depend on her in goal.

It has been a collective effort throughout Minnesota’s lineup in their 6-0 start to the season. There is always room to improve, but for now, the offense is firing on all cylinders, they are holding their own defensively, and the team’s last line of defense has played like a brick wall.

The Whitecaps return to the ice with back-to-back home games on Dec. 1st and 2nd against the Boston Pride.