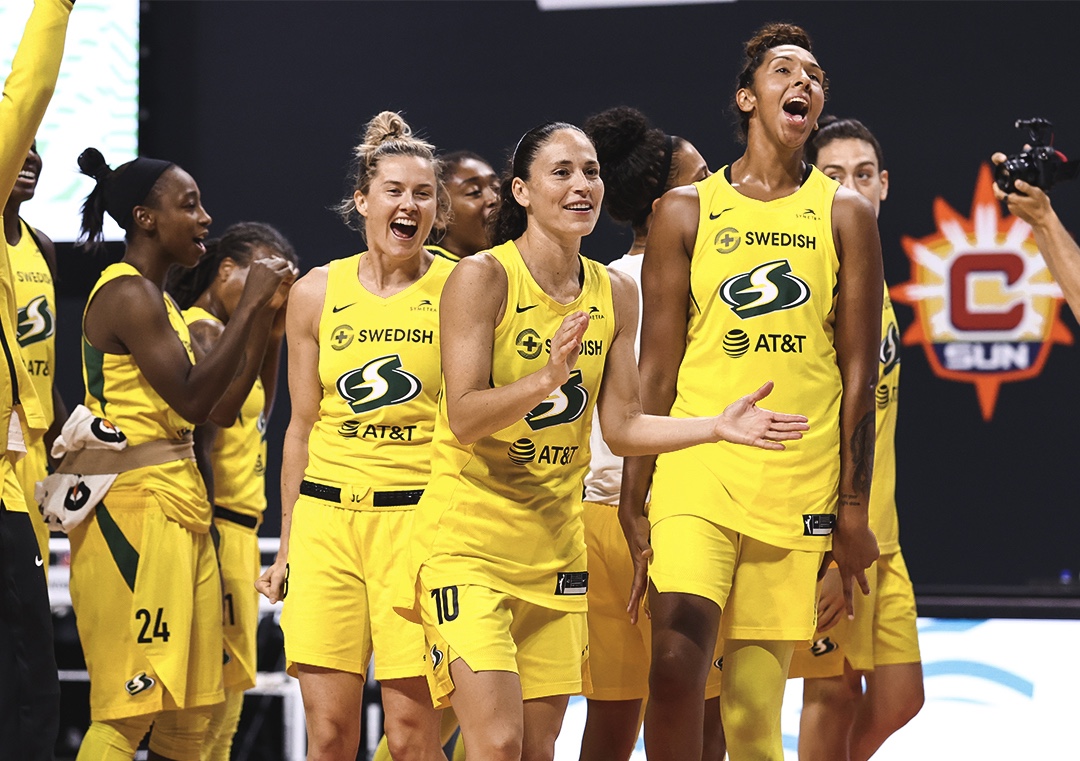 For the second time in three years, the Seattle Storm will compete for the WNBA title. After outscoring the Minnesota Lynx 24-12 in the first quarter, Seattle cruised to a 92-71 victory in Game 3 of their best-of-five semifinals matchup. Led by a 31-point performance from Breanna Stewart, the Storm’s most valuable player demonstrated why […] It’s hard to believe the WNBA is already past the quarter-way mark of the 2020 season. Given how fast this year has gone by away from the basketball court, it won’t be long until the league crowns its champion in the fall. Here’s a look at each team’s position heading into the trio of games […]