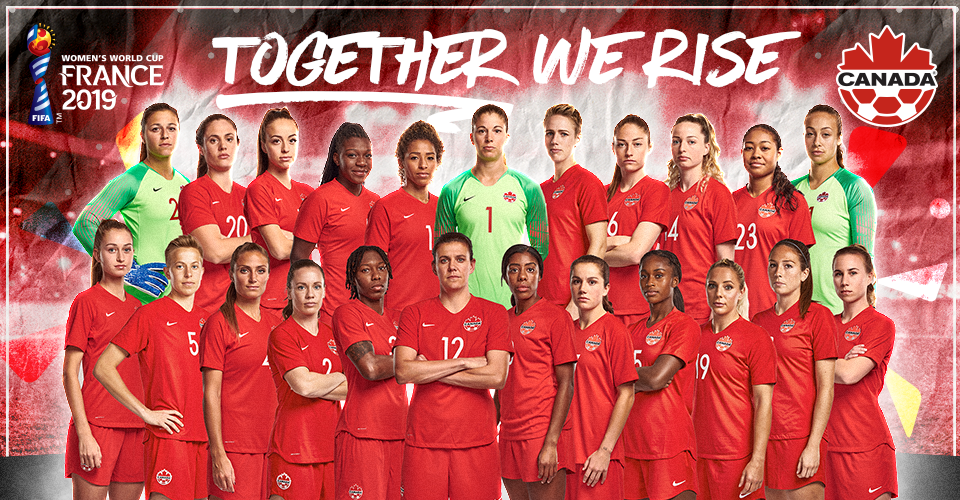 Clear your schedules. Turn the TVs on. Get the popcorn ready. The eighth FIFA Women’s World Cup starts June 7 and it’s going to be quite the time to be alive. Canada, as usual, is a top contender, coming in with a large mix of players new and old who will be led by team captain Christine Sinclair and new head coach Kenneth Heiner-Møller. Read on to learn the potential challenges and expectations Canada will be up against in the next month.

What You Need to Know

We’ll start with the bad news: goalkeeper Erin McLeod and midfielder Diana Matheson will both be absent from the field due to injuries. Not having Matheson will hurt . . . a lot. But in good news, Janine Beckie is a valuable new addition to the World Cup roster that might bandage the loss.

The team is extremely young, so it’ll be interesting to see how things unfold. It could be either a time of experimenting and rebuilding or surprising familiar opponents with new skills and strategies… or both. Of the 23-player roster, only nine played in the 2015 World Cup.

Captain Christine Sinclair will be on fire as she looks to capture the world record for most international career goals. She currently sits at 181, just three away from Abby Wambach’s count of 184.

Canada, ranked fifth in the world, gets a head start in the tournament as the highest-ranked team in their group. Netherlands currently sits at eighth, New Zealand at nineteenth and Cameroon at 46th.

Fourth overall. Long story short, it will be Germany, England, USA and Canada in the semi finals and Canada will have a hard time beating any of those three teams. Getting to the semis will be a fight, but it would be surprising if they don’t make it that far. Let’s break it down:

Canada and Netherlands will finish as the top two teams in Group E. If Canada finishes first, which is the slightly more likely outcome, they will play the second-place team of Group D (England, Scotland, Argentina and Japan). Although Japan were finalists in the 2015 World Cup, they will finish behind England this time and take on Canada in the round of 16. If Japan wants to have a chance at finishing first in their pool, they will need to take on a more defensive approach. Their disorganized defense is what gave England a very early 3-0 lead over Japan at the SheBelieves Cup championship in March.

If Canada finishes second, they will face the second-place team in Group F (Sweden, USA, Chile and Thailand), which will likely be Sweden. With Sweden’s level of competition being comparable to the Netherlands, the matchup could create a stressful game for Canadian fans to watch. But if the Canadians bring their A game, they should be able to squeak by to the quarterfinals.

If we want to see Canada make it to the semis, we have to hope they finish first in the group stage. In that case, and if all goes well in the round of 16 against Japan, Canada will play Australia in the quarterfinals. If Canada finishes second in Group E, their quarterfinal matchup will be Germany, which isn’t good news and will probably send Canada home before they’re ready. Either way, Canada will end up playing Germany at some point, but if Canada finishes first in the group stage they at least won’t see Germany until the semi final.

A USA vs. Germany final is the likely outcome. England will claim the bronze medal over Canada.

USA. As much as it would be nice to see the three-time champions share the World Cup title, there’s no denying they’ll be the team to beat. They have almost the same team as their World Cup-winning squad from 2015. Four years has given them oodles of time to work out their remaining kinks and create even stronger chemistry.