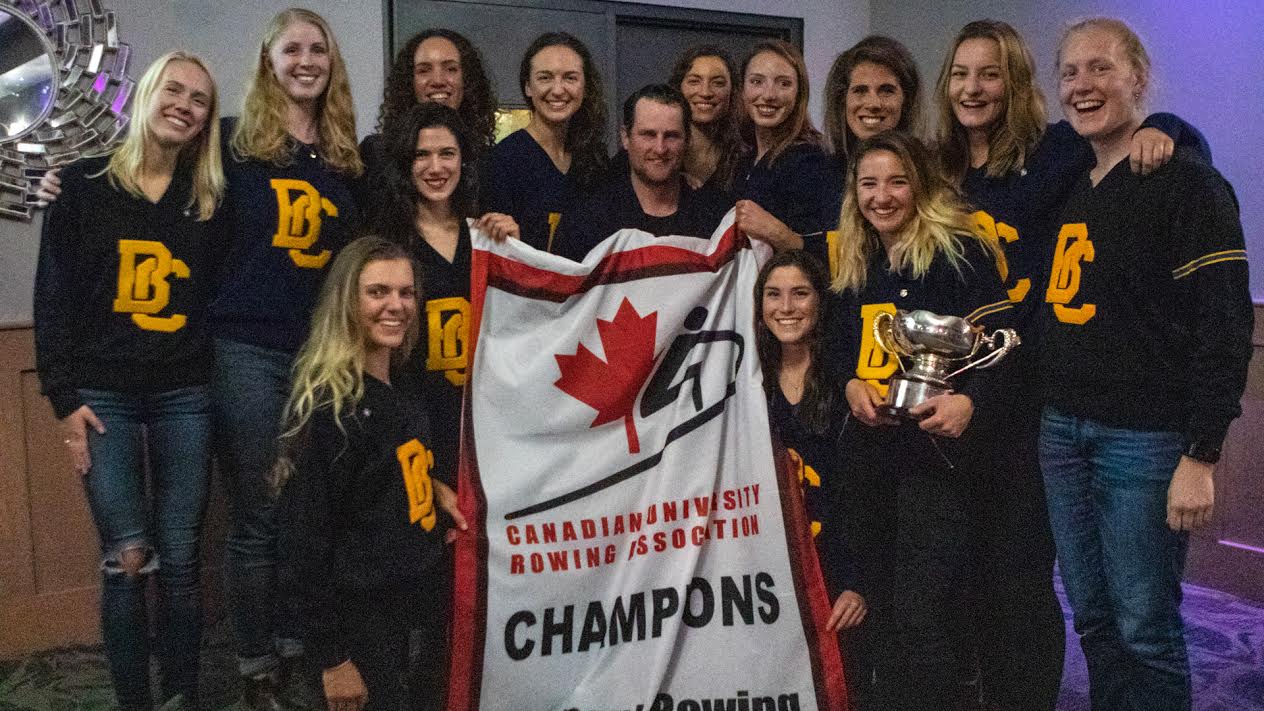 The University of British Columbia (UBC) made history at this year’s Canadian University (CUs) Rowing Championships, winning both the women’s and men’s overall points banners. Brock University held the regatta for the first time, and racing was held in St. Catherine’s on the Canadian Henley rowing course.

The UBC Thunderbird women won their first banner in 14 years, scoring 16 points more than their closet competitor, the University of Victoria.

The hardest win was in the premier event, the women’s eight. UBC was behind the University of Victoria early in the race, struggling a boat-length behind as the crews went through the 500m mark. With a big push, they were even and moving through the leaders at the 1000m mark. In the last half of the race UBC had a commanding lead, and celebrated going over the line.

To top off a great weekend, their coach, Craig Pond, was named Women’s Coach of the Year.

The Thunderbird men’s contest came down to the final race, the men’s eight. The UBC men were dominant, taking the lead from the third stroke and moving away throughout the race. For more results click here.