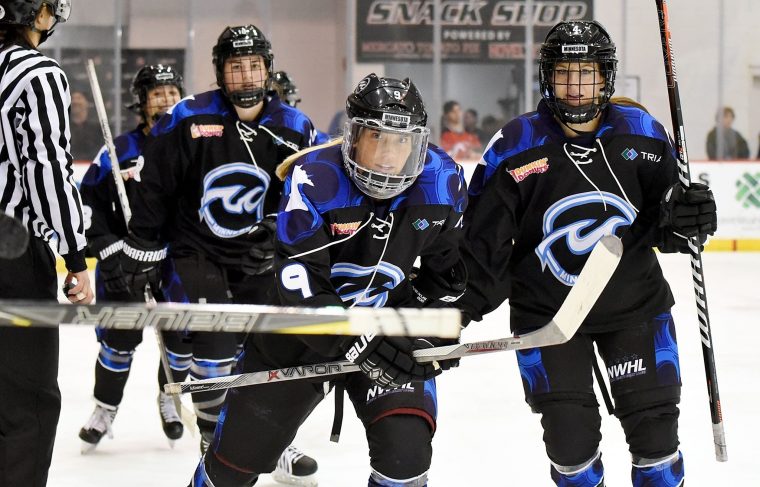 SAINT PAUL, Minn. (Jan. 19, 2020) — The Minnesota Whitecaps extended their win streak to four games after a doubleheader against the Connecticut Whale. In a pair of games at TRIA Rink, the defending Isobel Cup champions outscored the Whale by a combined score of 13-1. Minnesota’s current run of victories has separated them from the Metropolitan Riveters and Buffalo Beauts, giving them a comfortable second-place position in the NWHL standings.

While Connecticut outshot Minnesota 15-9 in the opening frame of Saturday’s game, the Whitecaps went into the first intermission with a 3-0 lead on goals from Allie Thunstrom, Amanda Boulier and Jonna Curtis. It wasn’t long until Boulier and Thunstrom each picked up their second of the game, extending Minnesota’s lead to 5-0.

With 45 seconds remaining in the second period, Emma Vlasic got Connecticut on the board to spoil Amanda Leveille’s shutout bid. Outshooting the Whale 24-17 through the final two periods, Minnesota closed out the game with a solid performance. Meaghan Pezon scored with less than seven minutes left, securing a 6-1 win for the Whitecaps.

During Sunday’s matchup, Minnesota had a better start on the shot count, leading 17-8 through 20 minutes. Haylea Schmid and Curtis each scored in the first period, helping the Whitecaps enter the intermission with a 2-0 advantage. Connecticut threw 14 shots at Leveille in the middle frame, but she continued her brilliance for the Whitecaps.

Pezon and Thunstrom each scored to add to Minnesota’s lead heading into the third period, giving the Whitecaps a 4-0 edge. With goals from Thunstrom, Nicole Schammel and Lauren Barnes, Minnesota ended their dominant weekend with a 7-0 victory. Leveille was named the game’s first star, earning a 34-save shutout.

The NWHL’s most recent action featured the Boston Pride, as they maintained a perfect 19-0-0 record on the season. It was a back-and-forth affair with the Riveters, with the Pride holding a 2-1 at the first intermission. Lexi Bender and Tori Sullivan gave Boston a 2-0 lead, but Kate Leary scored for the Riveters with 31 seconds remaining.

Brooke Avery scored early in the second period, knotting the game for the Riveters. McKenna Brand helped regain Boston’s lead at the beginning of the third period, but Tatiana Shatalova quickly replied for the Riveters. However, Mallory Souliotis and Christina Putigna each scored for Boston, guiding the Pride to a 5-3 win.

Boston will travel to Minnesota to face off against the Whitecaps in a pair of games this weekend, whereas the Riveters and Whale will also meet twice over the weekend. The Pride are five wins from a perfect season, while the Whitecaps only need two wins to clinch the postseason’s second seed. It appears the Whale will likely be featured in the play-in game, but the Riveters and Beauts will continue to battle for the third seed.