After months of negotiations, WNBA League Commissioner Cathy Engelbert announced the WNBA and WNBPA’s new Collective Bargaining Agreement (CBA). Not only is this deal setting the tone for what women deserve in the world of sport, but sets a standard for every workplace that gender equitable policy is possible and expected.

While the WNBA has been a professional women’s league for 23 seasons now, there were still many issues related to pay, travel, and accommodation. To earn a wage that could support playing basketball professionally, athletes often had to play overseas during the off-season. Not only is that logistically complicated but was the cause of many unnecessary injuries. Load management has been gaining significant attention in the NBA. So, consider how tough it is on WNBA athletes to have to play a full schedule in America, another overseas, and then host clinics throughout the year to grow the game. These women deserved a better CBA and that is exactly what they got.

“[Engelbert] brought her perspective as a former women’s basketball student-athlete, her experience as a business professional, and her passion for the game to these negotiations,” said Nneka Ogwumike, President of the WNBPA. “We found common ground in areas that confirmed the league’s and the players’ intentions to not only make meaningful improvements in working conditions and overall professional experience, but also to improve the business with strategic planning and intentional marketing that will keep the WNBA front and center year-round.”

Sue Bird, two-time league MVP and WNBPA Exec Member, said, “The deal represents moving forward both from a WNBA perspective, but also in general, for women in sports and society. We continue to push forward and there’s a lot of aspects of this deal that mark that. When you look at things like what we’re able to do with maternity leave and family planning . . . we’re going to be looked at as – I think – pioneers in the sports world.”

“This whole CBA is based on a concept of shared risk,” said Ginny Gilder, Storm co-owner. “Everybody gave up something and everybody got something and that’s exactly what both sides wanted. Both sides won. We’re betting on ourselves. We’re betting on our ability as a league to bring to our American culture what people say they want. They say they want to support women in sports; well, we are supporting our women athletes in a way that we believe they deserve, and we will do everything we can so that the business delivers on that. And so will they.”

WNBA players have not been earning the amount they deserve. After this new CBA, these athletes will see a 53 per cent increase in total compensation.

“We approached these negotiations with a player-first agenda, and I am pleased that this agreement guarantees substantial increases in compensation and progressive benefits for the women of the WNBA,” said Engelbert.

For the first time in league history, the average compensation package will be 6-figures. Not only will the base salary increase from $116,000 to $130,000, but with bonuses and new prizes available, the top players will be able to earn over $500,000 per year in cash. That is over three times the max cash compensation in the old deal.

Available bonuses include performance awards for WNBA MVP, Rookie of the Year, and now being named to the WNBA All-Defensive First Team and All-Star game. As well, teams will be given $1,600,000 annually to pay players for off-season work for league and team marketing.

When it comes to finances in women’s professional sport, a big misconception is what is meant by the appeal for equal pay.

The new CBA welcomes a 50-50 revenue sharing arrangement. The old 20 per cent deal ended up limiting salaries to $41,000 to $117,000 per season, causing the need for many players to join teams overseas. Now, not only did the base salary increase, but there will be a minimum $1.6 million from off-season marketing initiatives that will be put into a league share. One note is that the 50-50 split is if the league reaches undisclosed growth targets, however a guaranteed equal revenue split between players and the teams is set to start in 2021.

“It was important to have a progressive, aggressive, bold CBA to drive the value that these athletes can provide, to drive that value from our revenue sources and ultimately drive the revenue of our franchises up,” said Engelbert. “We are betting on women, as our players have said, in a big way here. Betting on the WNBA.”

One of the most exciting components of this CBA is the inclusion of benefits for not just maternity leave but many other areas of family planning. A significant challenge facing female athletes is whether they can play their sport professionally and also have a family. In the past, many have had to choose, but this new CBA makes it possible for women, regardless of their orientation and lifestyle, to not have to retire early or be penalized for having a child.

In recent years, the issue of returning to sport after giving birth has been brought to public attention with athletes like Serena Williams speaking out about challenges they’ve faced. Whether it was losing sponsorships, or losing their ranking, there is a clear problem with the way maternity has been addressed in sport.

“I took two FULL months away from everything because of postpartum depression,” said Dallas Wings player Skylar Diggins-Smith. “With limited resources to help me be successful mentally/physically.”

Well, WNBA players arguably just received better maternity benefits than most women in America, so let’s dig in to what makes this aspect of the CBA so special.

First of all, athletes will receive fully paid maternity leave. Originally, they would only get half of their salary, which was a huge issue for players who were making less than $50,000 a year. Now, they will also receive a childcare stipend of $5,000 per year to help with added expenses. As well, two-bedroom apartments will be secured for players with kids, there will be workplace accommodations for nursing mothers, and tailored postpartum mental health services will be available.

“I had to take my mom with me because I nursed the first 15 months, but it was out of pocket, I had to pay for my own hotel room,” said Los Angeles Sparks player Candace Parker. “Those things are slowly getting better for mothers.”

This deal is also very progressive as it covers a myriad of family planning benefits, including reimbursement for veteran players of up to $60,000 for costs directly related to adoption, surrogacy, and egg freezing or fertility treatment.

Layshia Clarendon, PG for the Sun and First VP of the WNBPA, said to InStyle, “It’s so important that these benefits cover the needs of queer working women. Often, our means of building a family include methods like IVF, IUI, or adoption, many of which aren’t covered under typical health insurance policies. The fact that we built a benefits package that includes a reimbursement plan is phenomenal and can positively affect the lives of LGBTQ and straight women alike.”

Under the old CBA everyone had to fly coach, which was very uncomfortable with many of the athletes being over six feet tall. Now they will be guaranteed premium economy class for regular season travel. As well, each player will receive individual hotel room accommodations.

This deal is very focused on providing the players with resources to be successful both on and off the court, and that is echoed through the multiple education programs provided. There will be a nutrition council to help the athletes optimize their athletic performance that can be partnered with increased mental health resources. As well, the league will start a holistic domestic/intimate partner violence program including both education on the issue and counseling for anyone affected.

Not only will the league drop their $50,000 restriction on how much other teams can play WNBA players in the off-season, allowing for more women like Kristi Toliver to take high level coaching jobs, but it will also work in collaboration with other leagues and sponsors to provide jobs that will help athletes transition out of playing.

Joining the league as commissioner on July 17th, 2019, this CBA is the first major move by Cathy Engelbert, and shows great promise for the future of the WNBA. Before this role, Engelbert worked with Deloitte for 33 years, and for the past four years was their CEO, making her the first female U.S. CEO of a Big Four firm. Company revenue increased nearly six per cent during her time there, and she also emphasized an equitable environment for women in the workplace.

This new deal has generated a lot of buzz surrounding the WNBA that will hopefully translate into increased viewership. With all the benefits listed above, the athletes will be able to focus on improving their game more than ever.

“I really view this deal as not just dramatically different, but historic in a lot of ways,” said Sue Bird. “I’m not throwing shade at anybody, but the WNBA and the players, we’ve been just going through the motions. The best part of this deal is that both sides understood we have a moment. There’s a moment here where our game has gotten better and better and we need to capitalize on that, and this is what it can look like.” 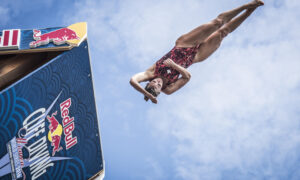