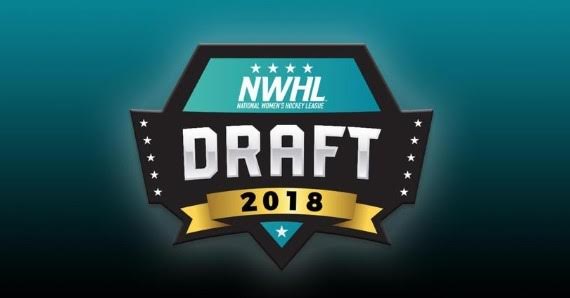 The NWHL finished off 2018 with their two-day draft from December 20-21st. The first two rounds included notable Olympians and NCAA athletes.

Annie Pankowski (F) was the first overall pick, selected by the Metropolitan Riveters. At the time of the draft she was the leading goal scorer for the Wisconsin Badgers, and serves as one of their co-captains. Pankowski also plays for the U.S. national team.

The remaining picks in the first round included Megan Keller (D) to the Buffalo Beauts, Kelly Pannek (F) to the Minnesota Whitecaps, and Kali Flanagan (D) to the Boston Pride. All three won gold in Pyeongchang with the U.S. Olympic team.

Round two brought Kendall Cornine (F) to the Riveters; Makenna Newkirk (F) to the Whale; Loren Gabel (F) to the Beauts; Sophia Shaver (F), co-captain with first overall Pankowski, to the Whitecaps; and Bailey Larson (F) to the Pride.

The draft consisted of five rounds total, with 25 players selected. Only athletes in their final year of college eligibility were selected, and the order was determined by current league standings.