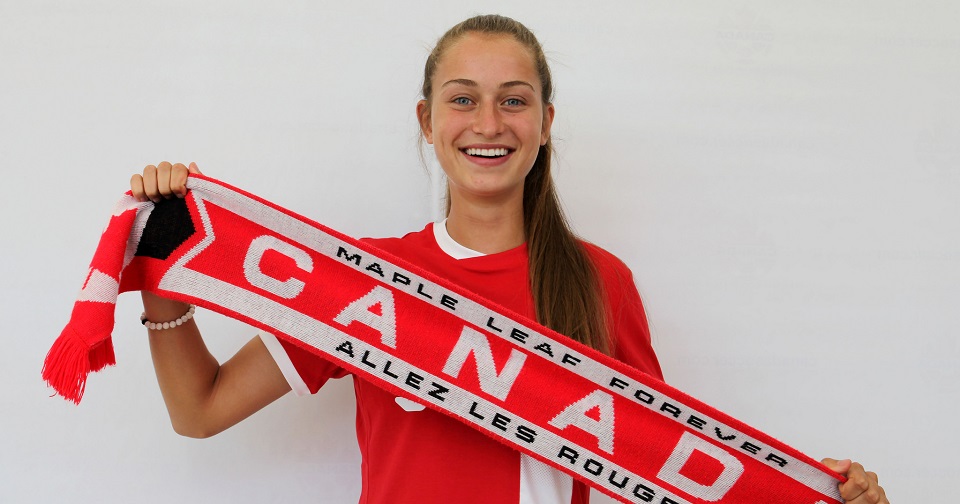 Canada Soccer announced the 2018 women’s U-17 roster for the FIFA World Cup in Uruguay.

The prestigious tournament will run from Nov. 13 to Dec. 1. Four of the 21 athletes named to the roster have already been called up to the Women’s National Team, including Jordyn Huitema, Jayde Riviere, Maya Antoine and Ariel Young. The four are expected to lead the U-17 team as seniors.

Olympic Bronze Medalist Rhian Wilkinson will be coaching the girls.

“I just need them to play the game that’s gotten them senior team experience — that joy and that love of living on the ball,” she told Toronto Star.

Wilkinson is a retired international player for Team Canada. She started coaching with the Canada Soccer women’s program in 2014 while she was still playing.

“I really believe in this U-17 team and I am looking forward to working with them to help them both perform on the pitch and learn from the experience to better prepare them for a career with Canada Soccer’s Women’s National Team,” Wilkinson told Canada Soccer.
​
Canada Soccer Roster for the FIFA U-17 Women’s World Cup Uruguay 2018 (By number, position, name, year born, hometown, club):

One thought on “Canada announces roster for U-17 World Cup”