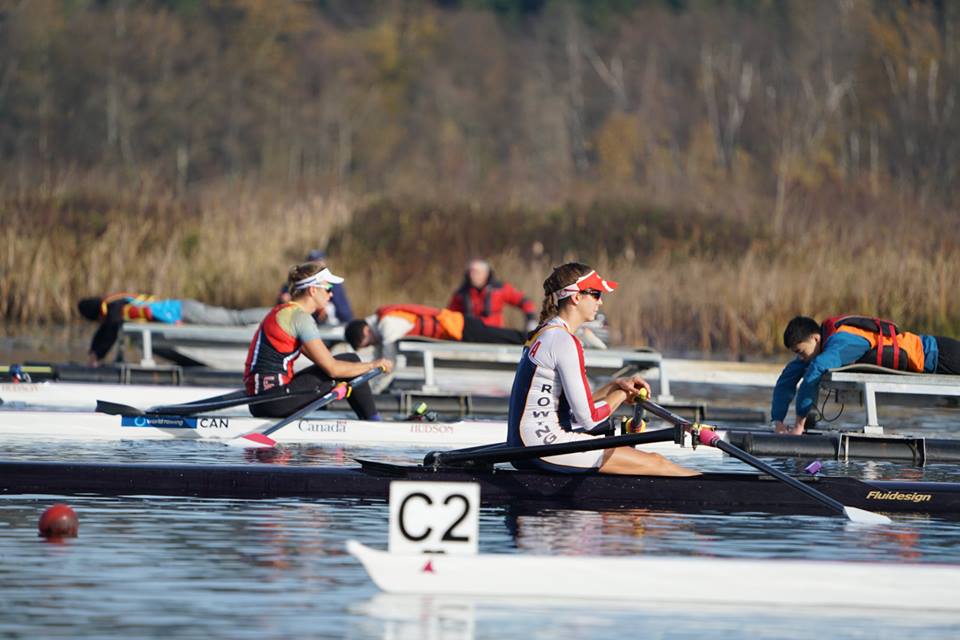 Last weekend, rowers in Canada gathered at Burnaby Rowing Club outside of Vancouver to fight for the title of the best in the country at the National Rowing Championships (NRCs).

The annual regatta is ran as a small boat championship; the only events are pairs (two people sweep boat) and singles (one person sculling boat) for both men and women.

The Canadian National team had just come off of their yearly break and were challenged by the University and Club rowers, who were coming in with Nationals as their main seasonal focus.

Rio Olympian Carline Zeeman competed in her signature event, the women’s single, she continued her domination of the single scull, winning by an eight second lead. Second place came to Andrea Proske, another National team member who won silver in the double at World Cup III this past summer. Third place went to Louis Munro, rowing for Ontario. The event had the most entries ever for the regatta, with 61 women competing.

In the women’s pairs, the National team sweepers were spread across several boats, making for a hotly contested final. The reigning World Championship pair of Hillary Janssens and Caileigh Filmer was split up for the regatta, however, their boats still came first and second. Filmer and her partner Avalon Wasteneys, old partners from their University of Victoria training days, took first, while Janssens and Nicole Hare, Under-23 World Champions from 2016, came in a close second. Third place went to Kristen Bauder and Lisa Roman.

In the Women’s Lightweight single skull, Jill Moffatt, coming off a fifth place finish at World Championships this past summer, led a close final start to finish. Finishing second was Jaclyn Stelmaszyk, a former National team member who has been training in Durham Rowing Club, Ontario, made a surprise appearance at the regatta and came in second. Ellen Gleadow, chased her down and came in a close third.

The heavyweight men’s single event was full of heavy-hitters, including two-time Olympic single scull Champion Mahe Drysdale from New Zealand. The Kiwi had been training with the Canadian men at Elk Lake in Victoria for the past month and received special permission to compete at the Nationals. He was challenged by the field, coming in fourth in the final. Matt Buie, National team veteran fought hard against young up and comer Gavin Stone to squeak across the line first. In the men’s pairs, Kai Langerfeld and Conlin McCabe beat out a field of their National team peers. Matt Lattimer won the lightweight men’s single.

For the first time, the NRCs were broadcast by CBC. Live videos of the events can still be seen on the Rowing Canada Aviron Facebook page.