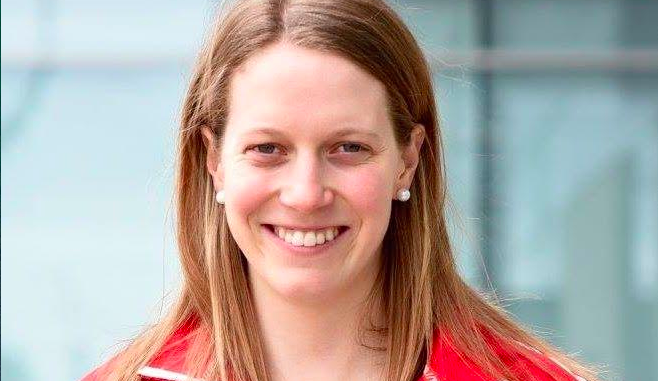 When two-time Olympic swimmer Martha McCabe retired in 2017, she could have hung up her cap and goggles and retreated quietly into a normal, post-elite athlete life. However, McCabe, who was fifth at the 2012 London Olympics in the 200m breaststroke, was inspired by the way her journey impacted others.

“After becoming an Olympian in 2012, I quickly realized the power my voice had on youth around me,” said McCabe. “Seeing the impact I could have on another person’s life was incredibly inspiring.”

Immediately following the Rio Olympics in 2016, she embarked on a cross-nation speaking tour, sharing her story with schools and corporations. Despite the reward of reaching so many communities, she felt there was something missing from speaking to a community only once. From this experience came McCabe’s current initiative, Head to Head.

Head to Head has the mission of promoting mental resilience and overall wellness through Olympian-led mentorship programs. The program links retired Olympic athletes with schools and sports clubs in year-long mentorship relationships. The Olympian conducts regular in-person visits to lead lessons in ‘soft skills,’ such as teamwork, time management, leadership skills, dealing with nerves, and much more. Visits to sports clubs often include clinics, where the mentor is directly in the pool or on the field sharing their skills and techniques with the athletes. When the athletes can’t physically attend, Head to Head provides the teachers and coaches with workbooks and resources, as well as videos of the athlete mentors, to keep their students and athletes engaged.

A unique feature of Head to Head is its dedication to involve Olympians that are transitioning out of sports. McCabe is intimately familiar with the struggles elite athletes have transitioning into life after their sporting career has ended. Head to Head provides compensation for their athlete mentors, and the chance for them to share the skills they learned through elite sports with the next generation of athletes.

Heather MacLean, an Olympic swimmer who competed in London 2012, is now a nurse in Toronto and a mentor with Head to Head.

“I think the one thing I really like about Head to Head is the consistency with the athletes,” she said over email. “You get to know them by name and they get to know you. It’s really great working with smaller clubs who don’t have exposure to high performance athletes to give them the tools they need to reach that next level in swimming.”

Head to Head is currently committed to 60 communities across Canada, ranging from British Columbia to Quebec. Over 26 Canadian Olympic athletes from winter and summer sports are listed as possible mentors on their website.

“Getting the athletes involved is easy,” says McCabe.

Right now, Head to Head is looking for more ways to engage public schools and smaller clubs in their organization. The organization is committed to customizing the program to any school’s or club’s individual needs. McCabe is busy making connections to possible sponsors to secure the support that would see this program benefit more youth across the country.

If you would like to apply to Head to Head, become a partner organization, or learn more go to headtohead.ca or contact Martha McCabe directly at mmccabe@headtohead.ca.