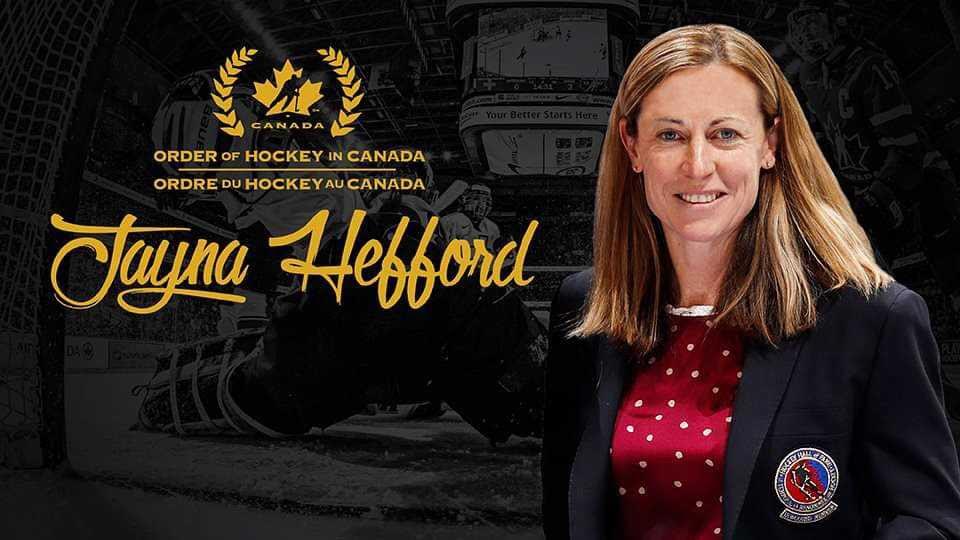 Jayna Hefford, current interim commissioner of the CWHL, has been officially announced as one of the three honourees to be inducted into the 2019 class of the Order of Hockey in Canada. She will be honoured alongside Ken Hitchcock and George Kingston in Edmonton in June.

Hefford has a long list of accomplishments from her hockey career, including four Olympic gold medals, seven World Championships, two titles from the original NWHL, and one title from the CWHL. She is currently second in the Canadian Women’s National Hockey team history for points, with 291 (157 goals and 134 assists); and is in the top five for all-time games played, goals, assists, and points for both the Olympics and World Championships for Women’s Ice Hockey.

Those accomplishments led Hefford to be the namesake for the MVP trophy for the CWHL in 2016, and to be named to the CWHL all-time team in 2017.

This past November, Hefford was inducted into the Hockey Hall of Fame, and will now be the fifth woman to join the Order. She will be joining Cassie Campbell-Pascall (2012), Geraldine Heaney (2016), Fran Rider (2017), and Danielle Goyette (2018).

It is great to see Hockey Canada continuing to recognize Women’s Hockey for the top honours, and hopefully many more women will follow in Hefford’s footsteps.